There are a ton of great hikes in Capitol Reef National Park. You’ve probably done a bunch of the most popular ones already, like Hickman Bridge and Cassidy Arch. And we love those hikes, but we also love recommending lesser known, more off-the-beaten-track hikes too. There is something cool about being the only person on the trail. So today we at the Lodge at Red River Ranch are recommending Golden Throne as a less-popular hike we like. 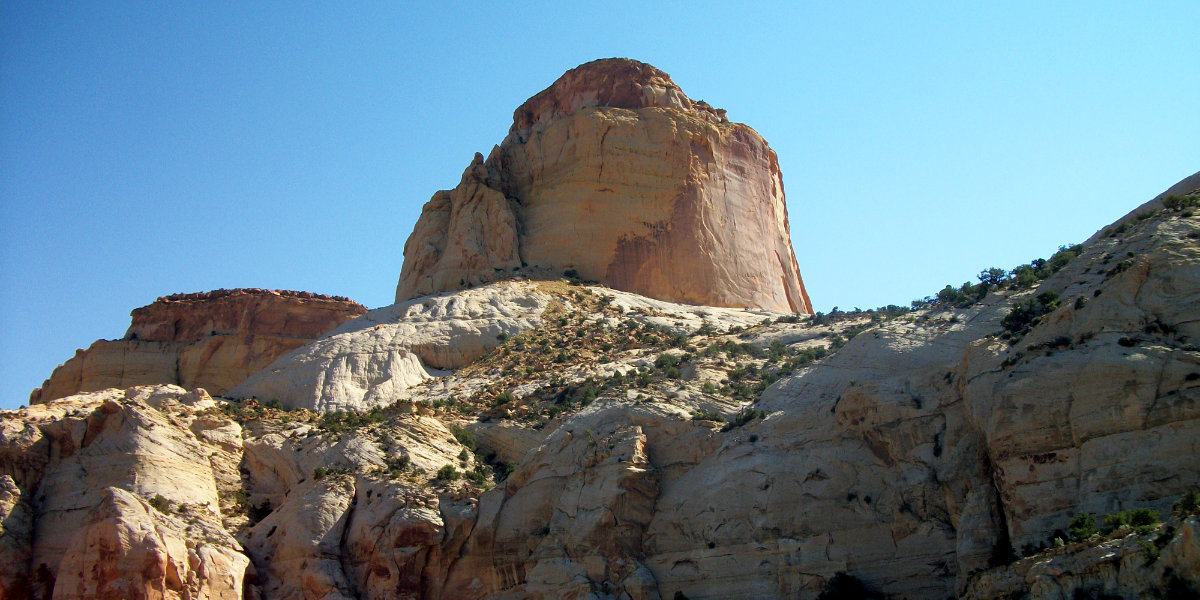 A view of Golden Throne from the trail. Photo by Red River Ranch.

Golden Throne is a fairly prominent rock formation in the Capitol Reef landscape. It can be seen clearly from in and around the park. Just look for a large, sandstone monolith that’s not-quite-white-and-sort-of-yellow. You can’t miss it. And if you want to get a closer look at Golden Throne, you can hike to the base of it, on the Golden Throne trail. You’ll also get to see some pretty great views of Capitol Gorge too. Just as a bonus. 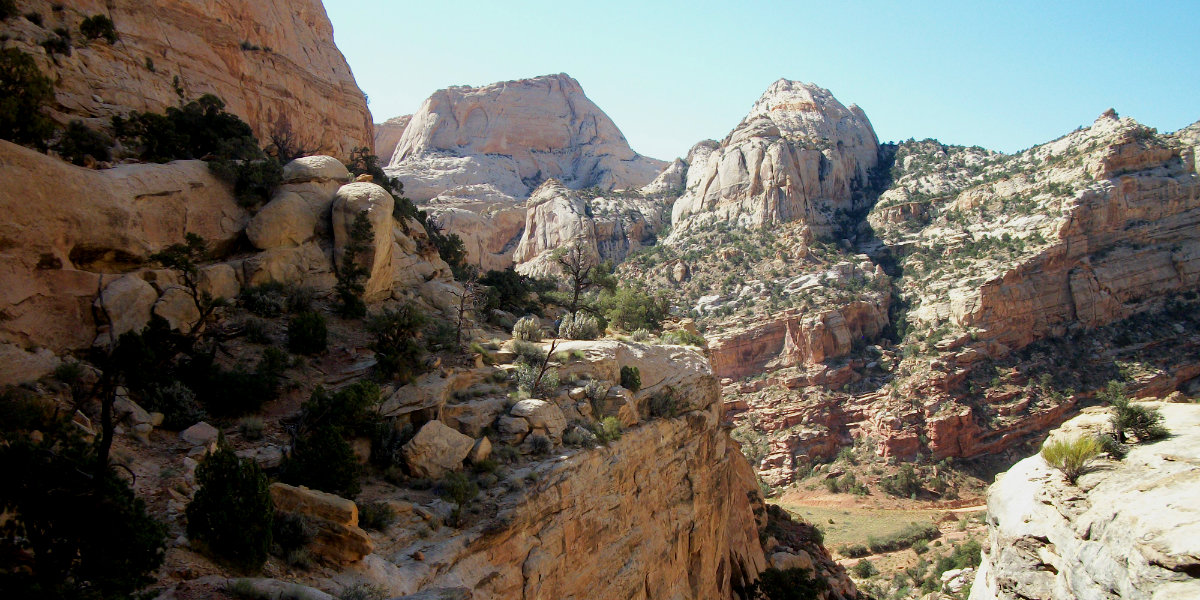 The trailhead for Golden Throne can be found near the end of the Capitol Reef Scenic Drive. You’ll have to pay the toll – $20 – to enter the Scenic Drive. (Incidentally, this is the only area of Capitol Reef that charges an entrance fee.) Drive to the end of the route, and pull off at the Capitol Gorge hiking area. You’ll see the sign for Golden Throne in the parking lot.

The hike to Golden Throne is strenuous, with steep elevation changes. But it does reveal spectacular panoramic views, and puts you near the base of Golden Throne, so you can get a better look at this impressive monolith. And if you’re into rock climbing, there are some fantastic routes on Golden Throne. The trail loops around so there is no back-trekking required. The Golden Throne loop is two-miles long.

Since Golden Throne is one of the less popular trails, we advise you to take all the necessary safety precautions. Bring plenty of drinking water, good shoes, and preferably, a friend.