The Play’s the Thing

There’s a lot going on here in Southern Utah that people don’t always know about. And if you’re traveling to the area from out of state, then you might not realize what’s available. Everybody knows about all the national parks, of course, but not everyone is familiar with the art and cultural offering of Southern Utah. Which is why we at the Lodge at Red River Ranch are happy to remind you about the Utah Shakespeare Festival. 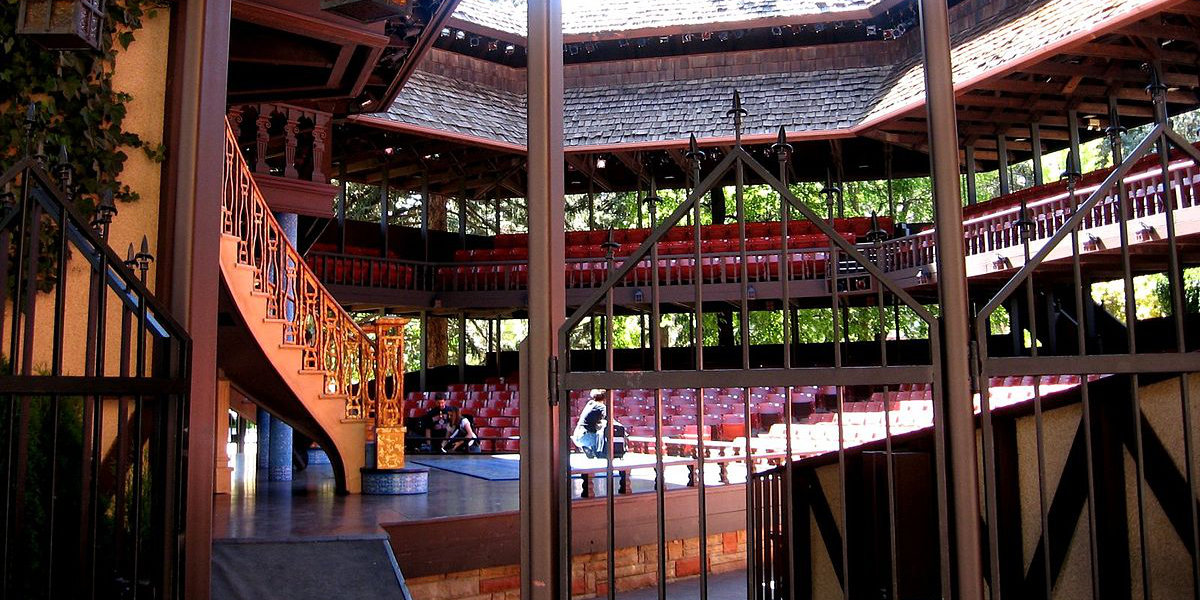 The mini Globe Theatre. Photo by -ted via Wikimedia Commons.

Every year, from June to October, the Utah Shakespeare Festival puts on plays from the Bard, and from other playwrights. The Festival is located on the Southern Utah University campus, and presented at various venues there, including on an outdoor, mini Shakespearean-era stage. And while the location is at SUU, the company behind the Festival is an independent, Tony Award-winning, professional theatre group. And they do a really great job.

Sound’s Great, Give Me the Details

So the 2019 season has already kicked off. Here’s what’s on offer:

Tickets vary in price depending on the play, the venue, and the seats, of course. But prices are usually between $20 and $70. You can order your tickets at bard.org or by calling (435) 586–7878. Discounts for seniors, AAA members, schools, and groups, as well as season passes are also available.

We love hanging out in Southern Utah, hiking in the national parks, rafting the rivers, exploring the backcountry, and just generally having a good time outdoors. But sometimes it’s nice to have a little break from desert adventures, and to soak in a fun, high-quality production of a beloved play. So on your next trip to Southern Utah, stop by the Festival and get some culture.