If you bike, as in mountain bike, then you probably already know that Southern Utah is one of the best places in the world to ride. We have hundreds and hundreds of miles of trails that transverse some of the most breathtaking scenery in the American West. And no matter what your skill level, there is an awesome trail here for you to ride. So come and explore the best! To get you started, we at the Lodge at Red River Ranch have a few suggestions (three, to be specific) for where you can start.

This is possibly the best single-track trail in all of Utah. It’s located just outside of Bryce Canyon National Park. So, as you would expect, the views are great. Really great. You can choose to do Thunder Mountain as a downhill, top-to-bottom trail (provided you have a shuttle vehicle waiting for you) or as a 15-mile loop. We recommend doing the loop, since you’ll get to also see Red Canyon that way. Besides, the way back up – via the Red Canyon Highway – is all paved, which makes for an easier uphill. Expect a fairly-well maintained dirt trail for most of the ride, with the occasional patch of loose surface.

Here’s a rough idea of the trail route on Google Maps. Give this one a shot, we promise you won’t be disappointed. 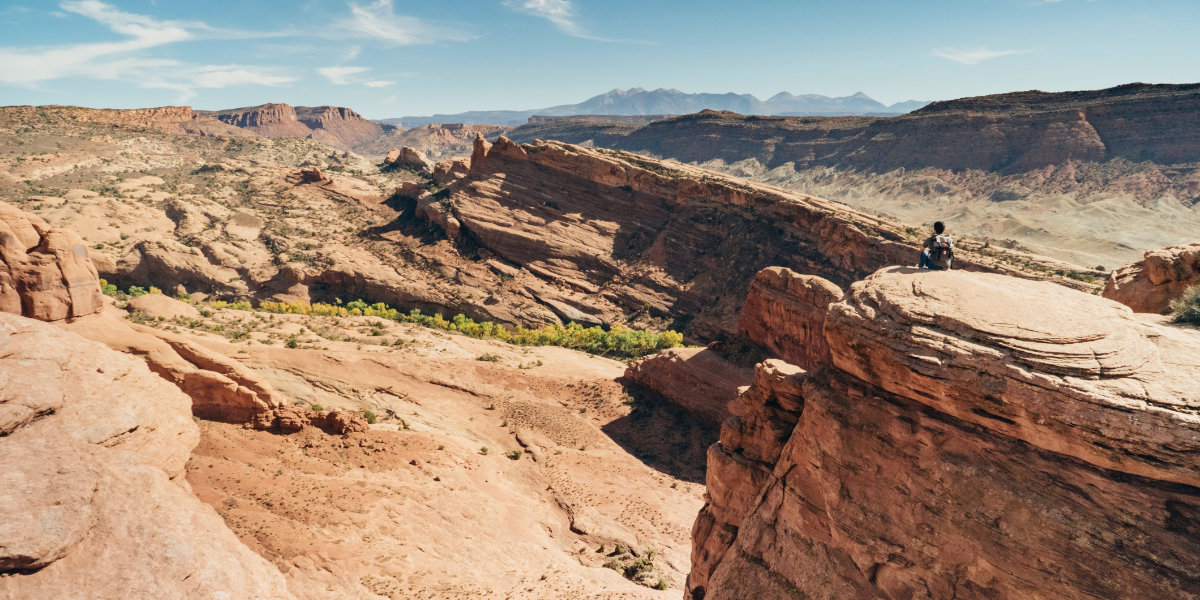 Desert scenery near Moab. Photo by Adam Skalecki via unsplash.com

This is the quintessential Southern Utah bike route. It’s very famous and very popular, attracting nearly 100,000 visitors annually. And with good reason. There aren’t many places that offer better slickrock mesa biking. Or more exciting desert views. The trail is fairly tough, with some pretty technical areas, so plan on plenty of time to complete the 12-mile loop. You’ll want to take your time navigating the slickrock, especially if there is loose debris on the trail. Slickrock Trail is located in the Sand Flats Recreation Area, just outside of the town of Moab.

The trailhead is located here. Don’t worry, you won’t get lost, just follow the other 273 people ahead of you on the trail. (We did tell you it was popular.) 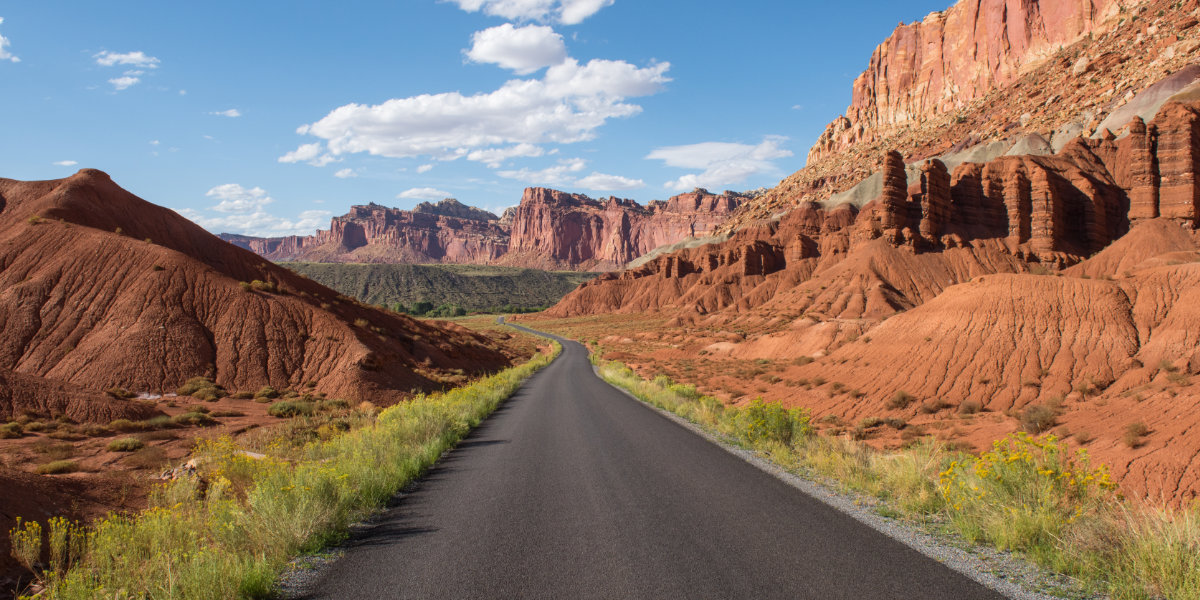 Ok, this one might seem a little out of place, but hear us out: If you’re new to mountain biking, or you’re with inexperienced riders, sometimes it’s nice to have an easy, worry-free ride. But you’ll also want something that is amazingly beautiful, because that’s why you’re in Southern Utah in the first place. Hence the Capitol Reef Scenic Route. It’s paved and flat, but it also offers access to some dirt roads. You could even bike to the trailhead, and hike Cassidy Arch. It’s one-way-in, one-way-out, so you can determine how long you want to ride. And the scenery is spectacular. It’s perfect for beginners. Just be aware that you’ll have to share the road with cars.

We’ve mentioned three, just three, of the best places to ride in Southern Utah. But the whole state is full of trails. There are trails in all of the national parks, in the national forests, in the wilderness areas, everywhere! It really is the perfect place if you’re a biking enthusiast. So throw your bike on its rack, and come on out, to the greatest system of biking trails in the world.