Posted in: Nearly Nearby Attractions, Outdoor adventures on November 11, 2021.

We at the Lodge at Red River Ranch love finding new and exciting places to write about for this blog. Those places primally are in Southern Utah, since, you know, that’s where we are. But every so often we like to recommend destinations that are a little further afield, in case any of our guests are planning one heck of a roadtrip. We like to call these places Nearly Nearby Attractions. And it just so happens that we’ve know of a little place in Colorado that meets these requirements. It’s called the Black Canyon of the Gunnison National Park, and it’s pretty darn cool.

Photo by Vincent Ledvina via unsplash.com

How Nearby Are We Talking?

Black Canyon of the Gunnison National Park is located in western Colorado, near the town of Montrose. (See it on a map here.) So it’s within easy driving distance of most places in Southern Utah. You can get there in about three and a half hours if you leave from Moab, Utah. And if you leave from Capitol Reef National Park, you can get there in under four and a half. 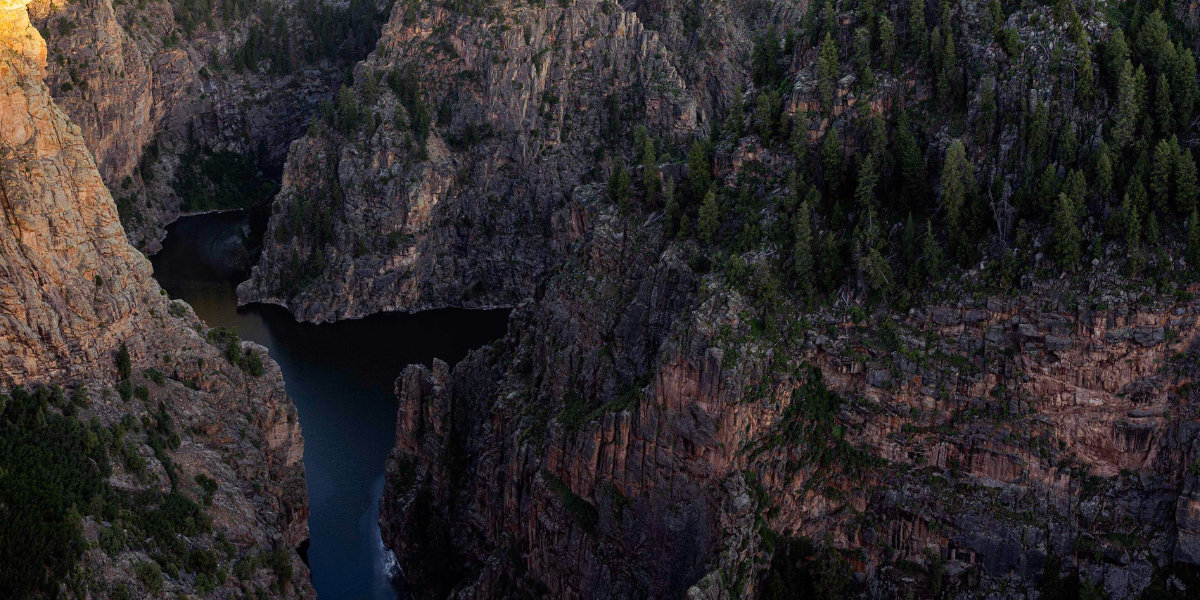 Photo by Vincent Ledvina via unsplash.com

There are lots and lots of spectacular canyons in the American West. Some are really famous – think the Grand Canyon – and some are barely noticed. The Black Canyon of the Gunnison isn’t particularly well known, even by residents of Utah or Colorado, so it kind of gets passed over. Which is a shame, because it just might be the most dramatic canyon in this country.

The park is a geological marvel. It contains the tallest sheer cliffs in the state of Colorado, measuring 2250 feet from rim to bottom. In fact, the canyon is so deep that, in certain places, daylight only reaches the bottom for 33 minutes a day. Hence the name, the Black Canyon. And you really need to see it in person to grasp it’s true depth and wonder. As author Duane Vandenbusche once said, “Several canyons of the American West are longer and some are deeper, but none combines the depth, sheerness, narrowness, darkness, and dread of the Black Canyon.” 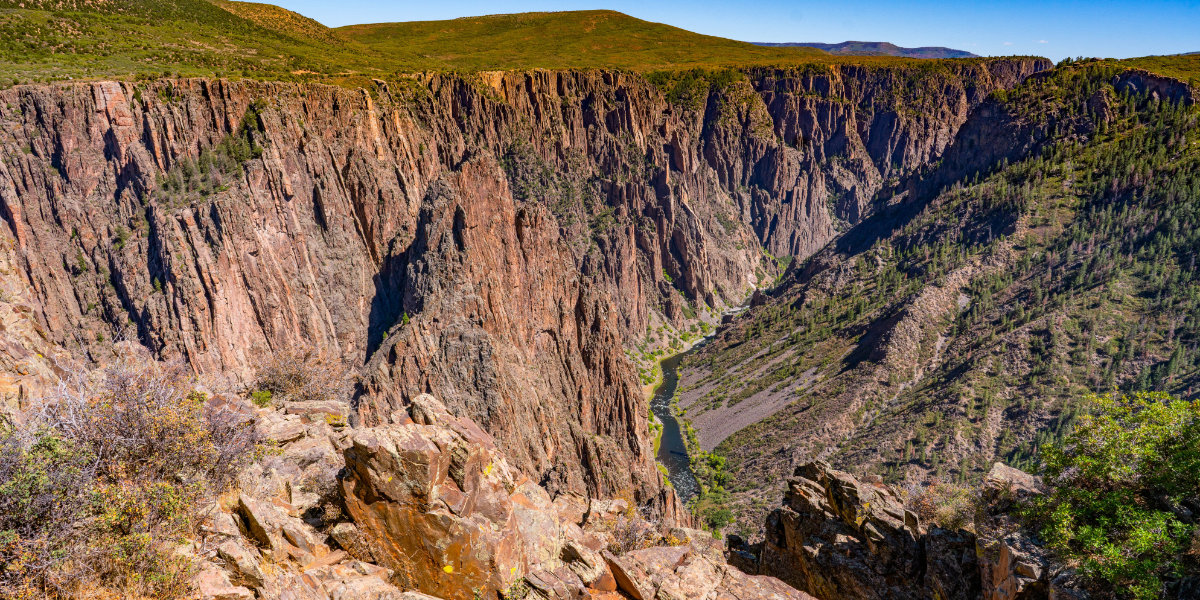 Photo by Rich Martello via unsplash.com

It’s totally cool to visit Black Canyon of the Gunnison National Park just for the views. There’s a scenic drive on the South Rim, which should afford you plenty of good vistas. Be sure to stop at the South Rim Visitor Center, and walk out to Gunnison Point. But if you want your site-seeing to be a little more involved, there are a couple of really great trails that we like. You can get more trail descriptions here on the park’s website.

Chasm View Nature Trail – This short hike on the North Rim is perfect for casual hiking, since it’s less than half a mile roundtrip. You will emerge from a nice forest walk to the edge of the canyon. Walking along the rim for a short distance, you’ll come to another lookout point, with great views of Painted Wall and Serpent Point.

There’s an entrance fee of $25 to get into the park, which gives you seven days of access. There are also two campgrounds, one on the north side, and one on the south. If you have an RV, be sure to go to the south rim campground, there are no hook-ups on the north rim. You can reserve spots at the South Rim Campground at recreation.gov.

Black Canyon of the Gunnison is a spectacular national park, and in our opinion at least, well worth the extra drive it takes to get there from Southern Utah. 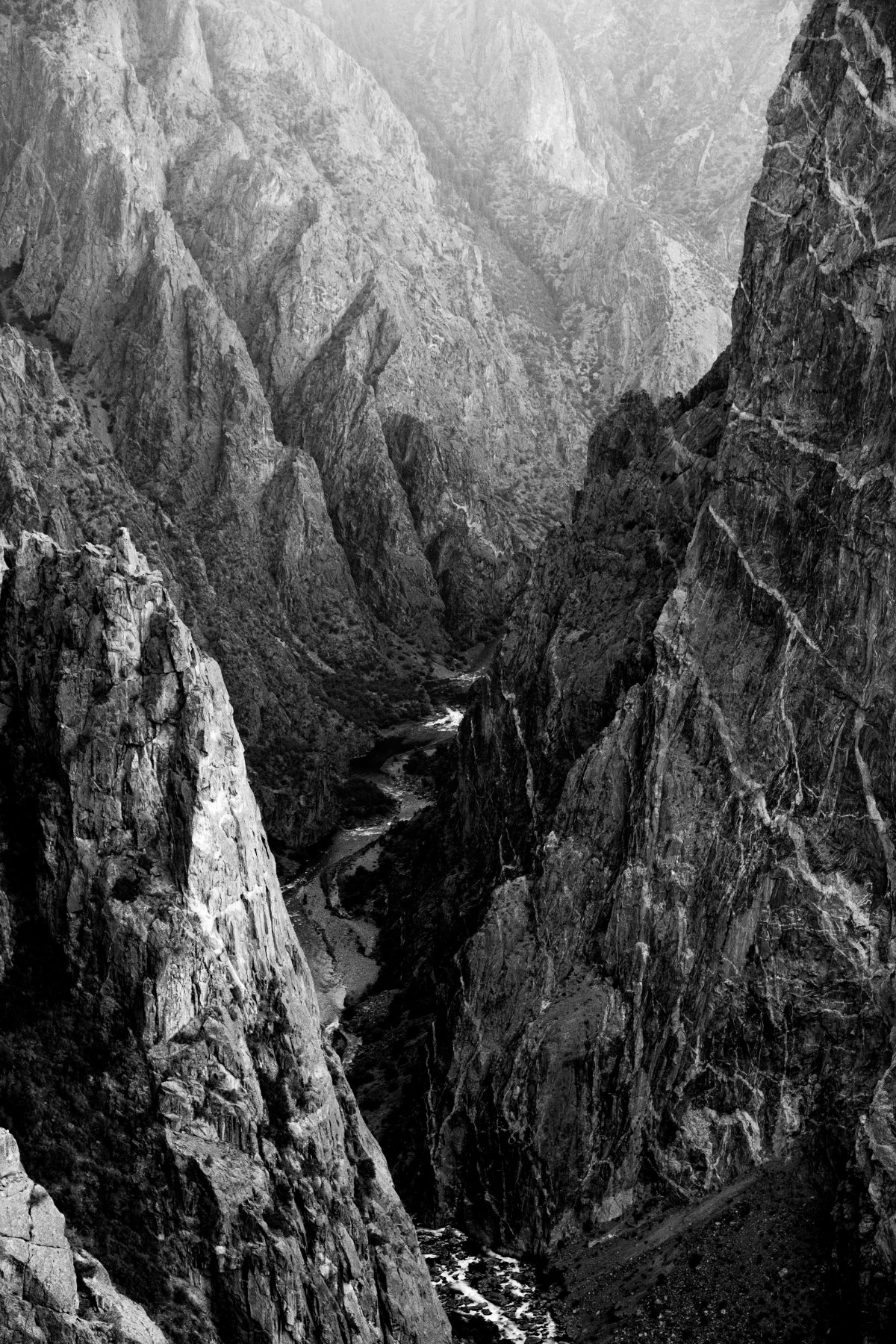 Photo by Nick Dunlap via unsplash.com