Posted in: Nearly Nearby Attractions, Outdoor adventures on August 17, 2019.

Every so often we at the Lodge like to suggest that you check out a location that might seem a little, well, out of the way. But we know that a lot of our guests are road trippin’ it, and they might like the idea of expanding their Southern Utah vacation with a little jaunt across the state line. So when we have a section of our blog for just such posts – Nearly Nearby Attractions. And this time, we’re highlighting Vermilion Cliffs National Monument.

You’ve probably heard of Vermilion Cliffs before, and probably in the context of the very famous geographical feature that it contains – the Wave. We’ll talk about that in a second, but first a little general information: The national monument is located just south of the Utah border, in Arizona. It protects some really cool, and really remote desert scenery, places like Coyote Gulch and Paria Canyon. The area is serviced by the town of Kanab, so you’ll need to gas up and stock up there. (In fact, even though there is primitive camping available in the monument, we recommend that you stay in Kanab.) There is no fee to enter Vermilion Cliffs, but there also isn’t a visitor center. And services are limited. But there are plenty of stunning views! 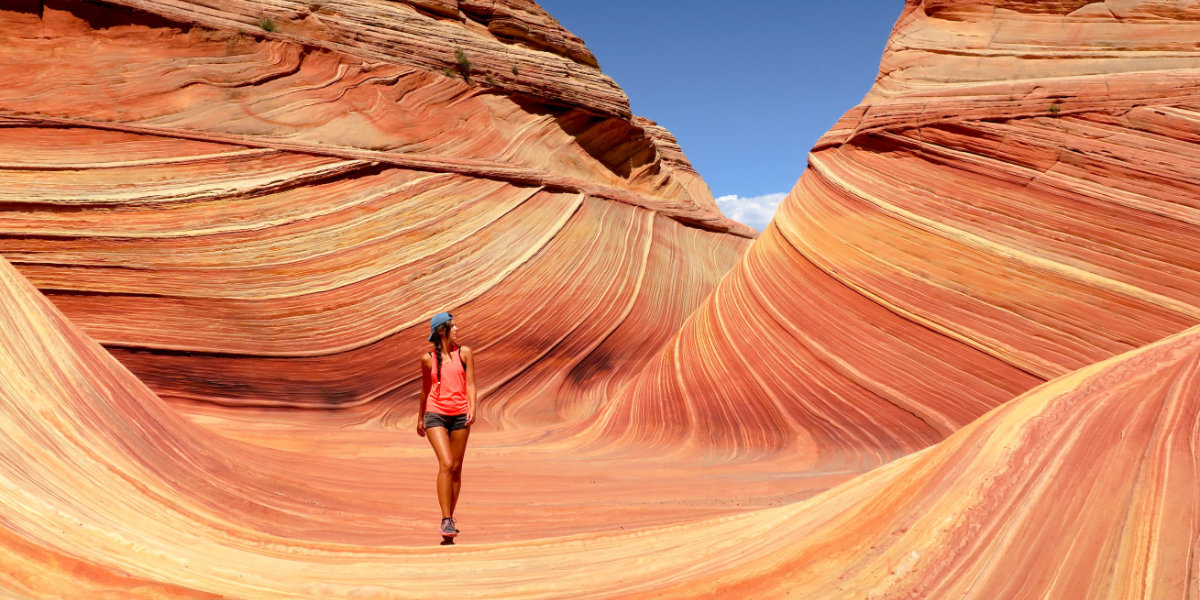 The Wave. Photo the Gert Boers via unsplash.com

You’ve seen pictures of this before. It’s a favorite spot for outdoor enthusiasts and social media influencers alike. It’s extremely cool, and everybody wants to see it in person. But unfortunately, that kind of traffic would destroy the site, so the Bureau of Land Management, which manages the monument, has set up a daily-visitor lottery system to limit tourist damage. (We’ve talked about this issue before.) There is an online lottery, and an in-person lottery. We highly recommend that you do the in-person lottery, because you will have much less competition. (Around 200 people, versus everybody in the world.) You’ll need to show up to the BLM office in Kanab. (Which is why you should stay in town, then you can try for the permit everyday that you’re there.) Here’ s the address of the BLM office. Be there by 8:30am.

Also here’s the link to the online lottery. You could always try your luck, somebody’s got to win, right? If you get the permit, go see the Wave! It’s awesome. However, it’s only one of the cool things that you can find at Vermilion Cliffs National Monument. So let’s talk about what else you’ll want to see. 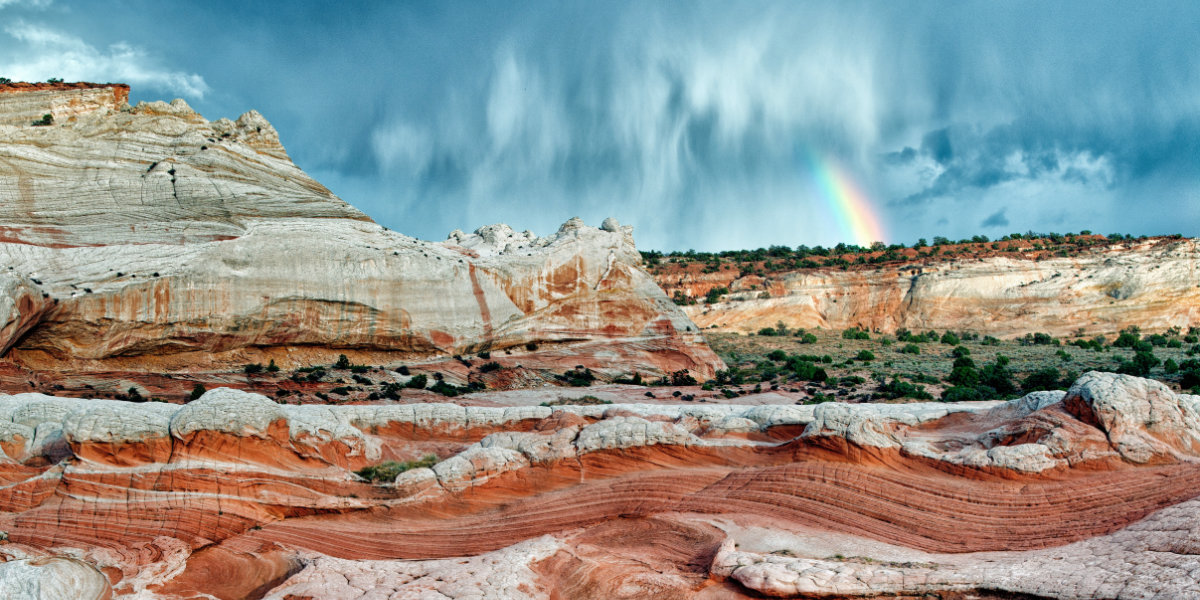 Our favorite spot in the monument is actually White Pocket. It’s a lot like the Wave, but a little rougher and has some white sandstone mixed it. (Hence the name.) But you can visit without a permit. And hardly anybody goes there. However, it can be tricky to find, and you will need a high-clearance vehicle to get to the parking area. So get a good map and bring the Jeep.

There are a lot of arches and natural bridges in the monument. Wrather Arch is one of the longest (and hardest to get to) arches in the United States, but the overlook is pretty cool. Vermilion Arch is set high up in the cliffs, and the path is strenuous and tricky, but it can be worth the hike. And Double Barrel Arch is spectacular, and is also a much easier hike, only two miles, in and out. So when you’re in the monument, maybe think about doing a tour of some of the arches set in those Vermilion Cliffs. 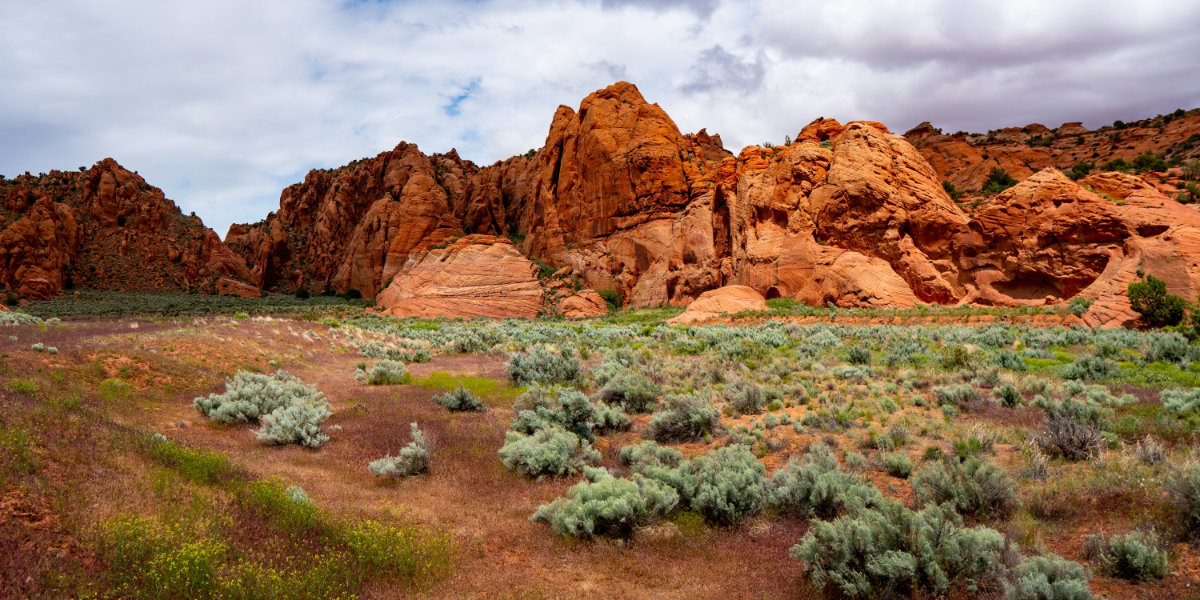 Near Buckskin Gulch. Photo the Joshua Gresham via unsplash.com

Of course there’s more to see in this amazing monument. Luckily we’ve covered a bit of it before, so check out our write up on Paria Canyon and Buckskin Gulch. And next time you’re vacationing in Southern Utah, consider hopping across the border to see Vermilion Cliffs National Monument.