We’ve written about the national parks of Utah a lot. Like a lot. But every so often we at the Lodge like to revisit the topic, and update you on any new information or suggestions we might have discovered. So let’s dive in again and do an in-depth take of Bryce Canyon National Park. It’ll be fun! 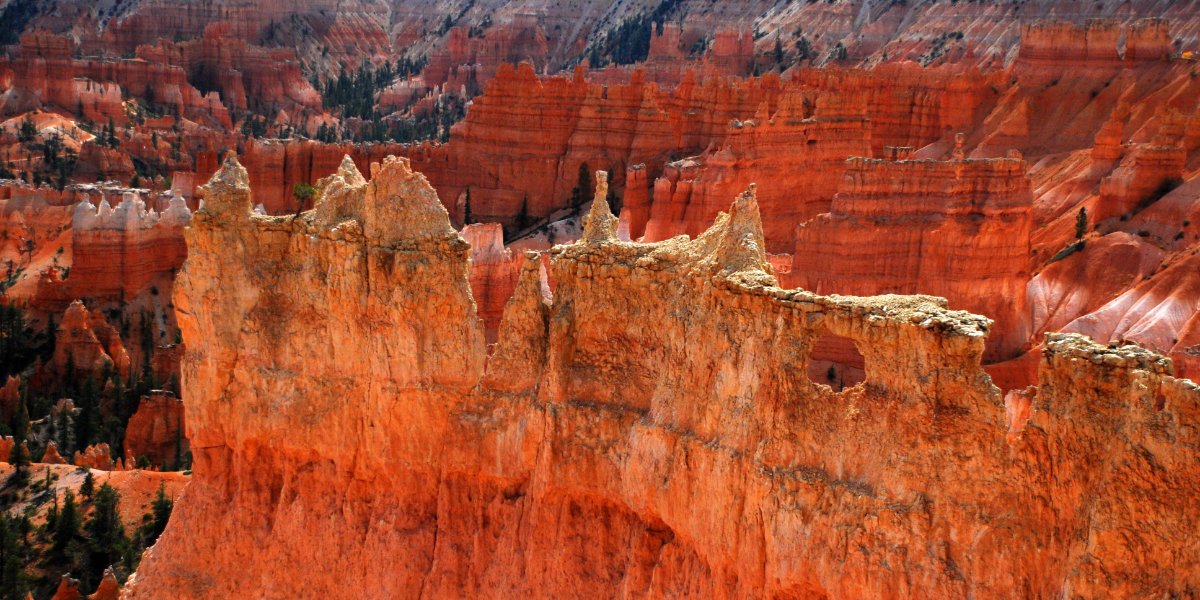 Wall of Windows and other hoodoos. Photo by Michael Hoyt via unsplash.com

1. Start at the Beginning

Bryce Canyon is a fairly small national park, in fact it’s the smallest of Utah’s five. So you should be able to explore it all in a day or two. We recommend that you start at the Visitor Center. It’s nice inside. And, more importantly, it’s informative. There’s plenty to learn about the history and geology of the park – lots of displays, maps, and educational short films. Plus, if you have specific questions, you can ask the rangers. 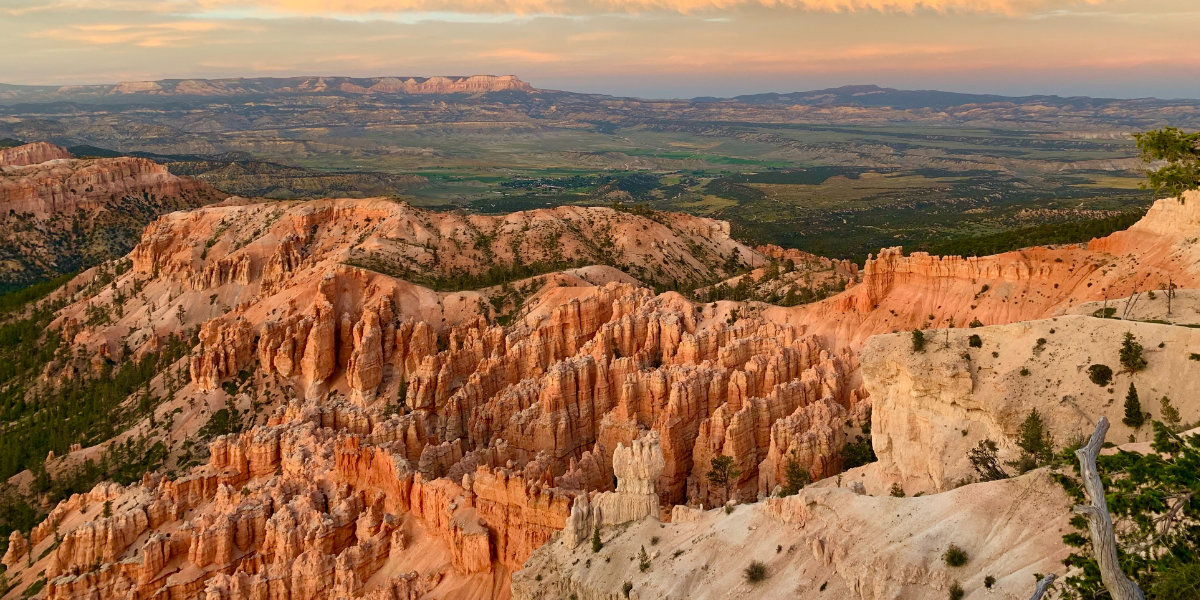 A view from an observation point. Photo by Mario Cabrera via unsplash.com

There are four main observation points surrounding the main Bryce Amphitheater – Bryce Point, Inspiration Point, Sunset Point, and Sunrise Point. You’ll want to visit one or, more likely, all of them. Trust us, the views are just that amazing! There’s a shuttle that runs between the four points from April to October. And you can actually hike between them, if you prefer. The section between Sunrise and Sunset Points is paved and very easy.

3. Down into the Amphitheater

Next, you’re gonna want to hike down into the amphitheater. The most popular trails are the Navajo Loop and the Queen’s Garden. (You can even combine them to make a combination loop.) Both trails are moderately easy, and will take you belong the rim, so you can see those hoodoos up close! The trailhead for both start at Sunset Point. If you’re looking for something a little longer, or a little more strenuous, then you should… 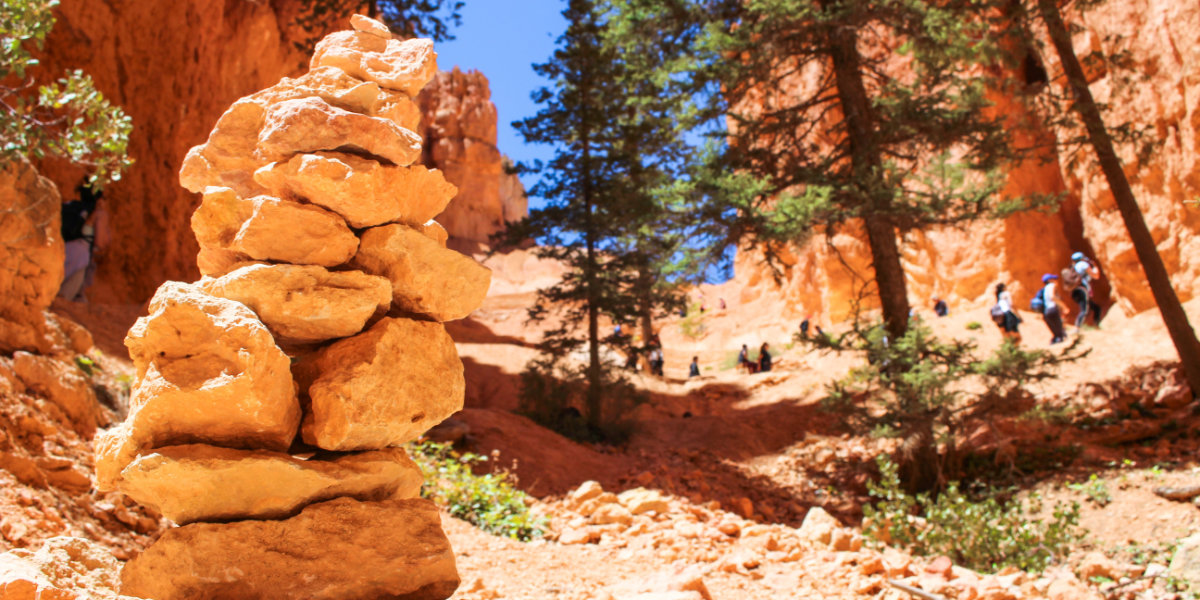 Hikers on one of the many trails. Photo by Casey Schackow via unsplash.com

There are a lot of fantastic trails in Bryce Canyon. (Here’s a link to all of them.) But we can recommend a couple of our favorites:

Fairyland Loop – if you’re up for a longer, more strenuous hike, check out the Fairyland Loop. It’s a bit less crowded, which we like, and it has some pretty cool views. It starts above the rim, and then drops down to reveal hoodoos and spires and features like the Chinese Wall and Tower Bridge.

Peekaboo Loop – this one is a bit more popular, probably due to it’s shorter length, but it’s worth the compromise. The trail is steep, about 5-miles long and loops right through the middle of the park. You’ll get to see the famous Wall of Windows, as well as your fill of hoodoos.

Thunder Mountain Trail– if you’re a mountain biker, then you’ve probably heard of this one before. The trail is located just outside of Bryce Canyon, down Thunder Mountain and into Red Canyon. It’s the ride of a lifetime. We’ve written a bit more about it here, if you’re interested.

One last hike that we have to recommend is Mossy Cave. It’s short and easy, and follows a stream up to a large, sandstone grotto that, as the name suggests, is very mossy and wet. (At least in the summer. During the winter it’s even more dramatic with solid ice columns forming in the cave.) Mossy Cave is different enough from the geology of the rest of the park to make the detour worthwhile. Plus there’s a waterfall. You can find the trailhead at the north end of the park, about 4-miles east on Highway 12. 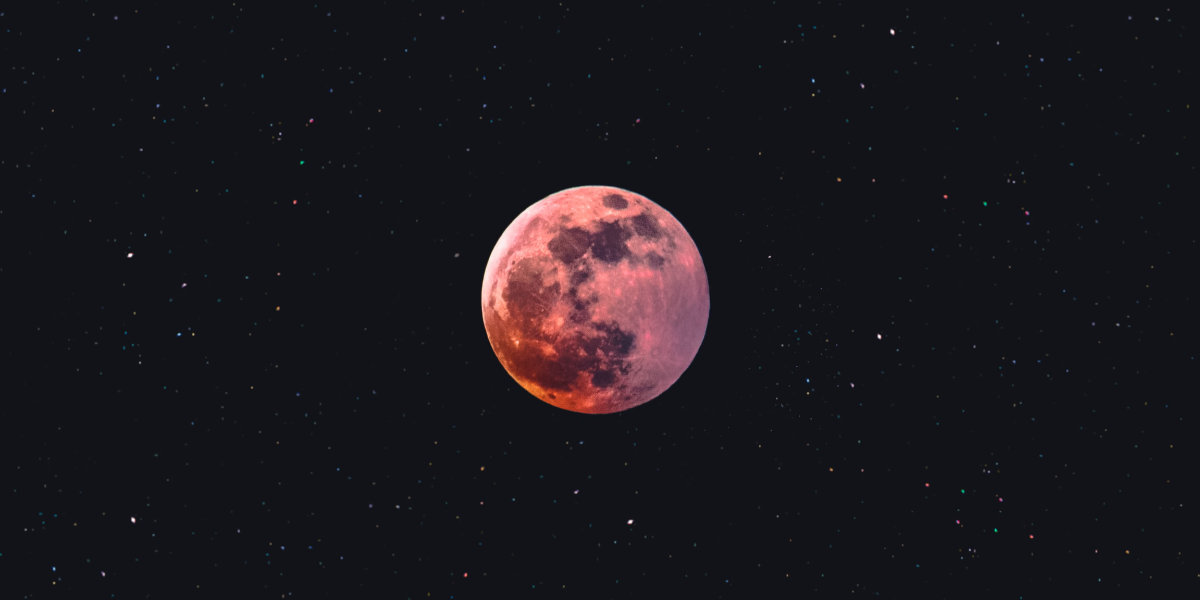 Our last suggestion for what to do in Bryce Canyon: take a Full Moon Hike. Every month, weather permitting, a ranger leads a group of lucky people into the amphitheater under the full moon. It’s a magical experience that you won’t soon forget. The hikers are chosen by lottery, so if you’re planning on a trip to Bryce Canyon, be should to put your name in the (metaphorical) hat. Of course, even if you don’t get in, you’ll still have a wonderful time in this fantastic national park.