We’ve written before about Dead Horse Point State Park, it’s one of our favorite state parks, after all. But in case you don’t already know, Dead Horse is basically like the Grand Canyon – only a little smaller. It’s got those same great overlooks, and those same impressive canyon walls. It’s just not quite as popular as the Grand Canyon. But it does have one thing that it’s bigger cousin in Arizona doesn’t have – the Intrepid Trail System, one of the best dirt tracks in the United States. 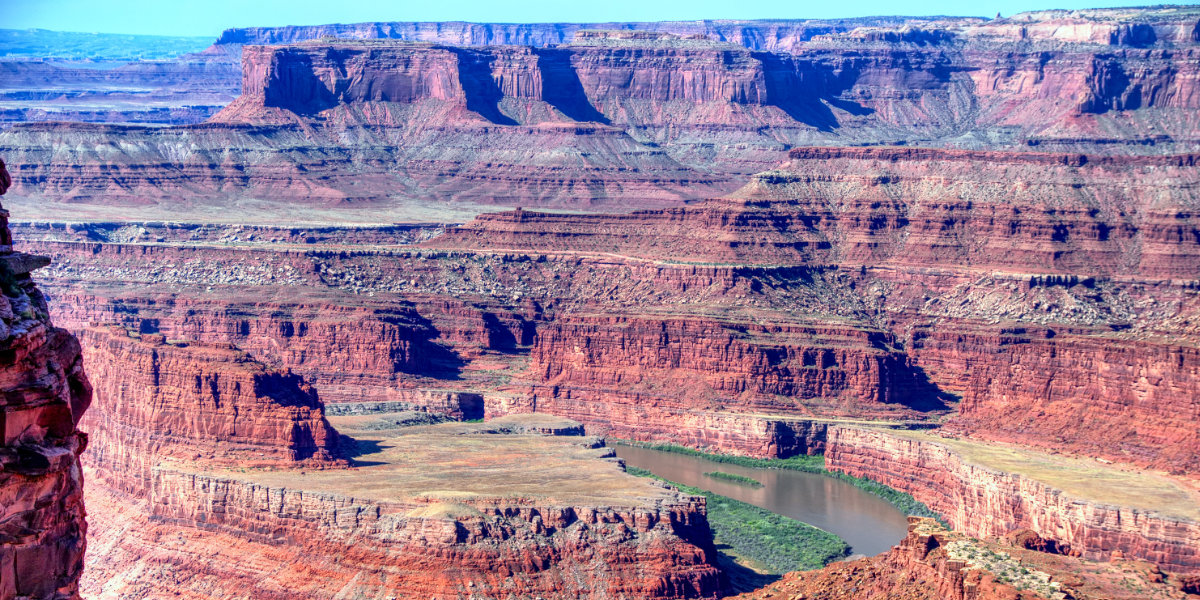 Photo by Michael Hart via unsplash.com

The Intrepid Trail System is pretty new – it was only just completed in 2014. You can explore the trail system on foot, but it really shines as a mountain bike track. With over 16 miles of trail, it’s pretty much got something for everyone. The system forms a rough loop, with some spurs and detours along the way. The Intrepid Trail System runs through sparse forests of pinyon and juniper, and has a nice variety of slick rock and mixed terrain. But what really sets the trail system apart is the spectacular canyon views. There is no better way to explore the majesty of Dead Horse State Park. Which you can see in this little video here:

Park at the Dead Horse Visitor Center – which is, conveniently, where the trail access begins. Stop and check out the Visitor Center, pay the trail fee of $15, grab a map, then get out there and explore the Intrepid Trail System. It is generally recommended that you proceed in a counter-clockwise direction. There are several distinct sections that you get to ride through, ranging from easy-moderate to intermediate. You can learn all about the various sections of the trail here at the official website.