There Be Ghost Towns in Them Hills

Southern Utah is mostly desert. Which is spectacular to look at, but it can be a hard place to live. Before the conveniences of modern life, several communities in Utah fell victim to the harsh environment. In fact, Utah boasts of having more than a hundred “ghost towns.” (Although, most of these aren’t much to look at, just a single building marking a failed community.) Perhaps the most famous – and certainly the best preserved – of these ghost towns is Grafton, Utah.

The remains of Grafton can be found in Washington County, a little ways south of Zion National Park. 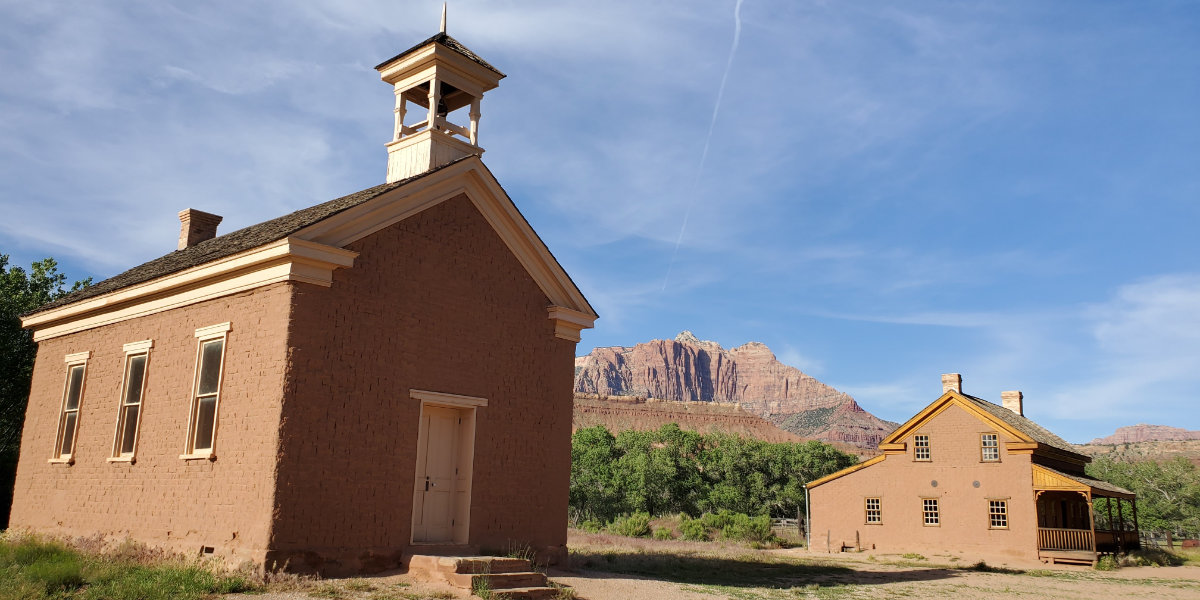 Photo by Nathan Atkinson via unsplash.com

In 1859 and 1860 Mormon pioneers attempted to grow cotton in the desert area near present day Saint George. They founded a town called Wheeler along the Virgin River. But in 1862, a massive weeks-long flood washed the town of Wheeler away. Literally. The residents relocated about a mile upriver, and started a new town – Grafton. Attempts to cultivate cotton were met with continuous disaster. More flooding, then irrigation problems, then internal discord made life in the Grafton community difficult. When the Black Hawk War began, residents began to flee to less-isolated towns, most notably Rockville. After an end to hostilities, some residents returned. But by 1890 only four families remained in Grafton. Surprisingly, the last residents didn’t fully abandon the town until 1944.

Grafton has benefited from preservation efforts of the Grafton Historical Partnership, which receives funds from a variety of private and public sources. As such, it remains in excellent condition. Which is one of the reasons that Grafton has been photographed so extensively. (You’ve probably seen it in the film Butch Cassidy and the Sundance Kid.) If you want to visit the town for yourself, you totally can. And you should, it’s a pretty surreal experience. Just remember that a lot of effort goes into keeping Grafton looking good. Be careful and respectful of the existing buildings and the history they represent. It’s the right thing to do. Plus… the site is under 24-hour surveillance.