In Search of History

There’s so much to learn about Southern Utah. The history of this part of the western United States is incredibly rich – especially in regards to the native tribes that lived here. So image that you want to discover first-hand the Native American history of Southern Utah, where do you go? Lucky for you, we at the Lodge know exactly where you should go – Bears Ears National Monument and the surrounding area.

Bears Ears National Monument gets a lot of press these days. It’s creation, and subsequent reduction, has become a political battleground (which we’ve talked about before) but we’re here for the history and not the politics.

The Bears Ears area is sacred land to several Native American groups. And throughout the years the various tribes, in various languages, all titled the place with the same moniker – Hoon’Naqvut, Shash Jáa, Kwiyagatu Nukavachi, Ansh An Lashokdiwe – or in English, the Bears Ears. The name specifically refers to two prominent sandstone bluffs that have a similar shape and which, with a little imagination, kind of look like ears. Although early white settlers had a different name for them – Sixshooter Peaks.

The area in and around the Bears Ears Monument has a lot of really cool history. There are several locations which provide great examples of cliff dwellings. You can stop by a couple of museum displays, and you can find petroglyphs all over the place. But mostly, you can experience a wild and unspoiled wilderness, almost unchanged since the first native peoples came to it.

Side Note:
Bears Ears National Monument is relatively undeveloped, so be prepared for backcountry hiking and primitive roads and services in the monument. Camping is available at various sites. Check here for the most up-to-date information.

Start with Indian Creek Corridor. It’s a fantastic scenic drive that connects the Needles District of Canyonlands National Park and Moab. A trip down and back is 36 miles, but due to road conditions, will take a couple of hours to complete. You’ll find the turn off to Newspaper Rock clearly marked. Newspaper Rock is one of the largest panels of Native American rock art in the western United States. You’ve got to see it. 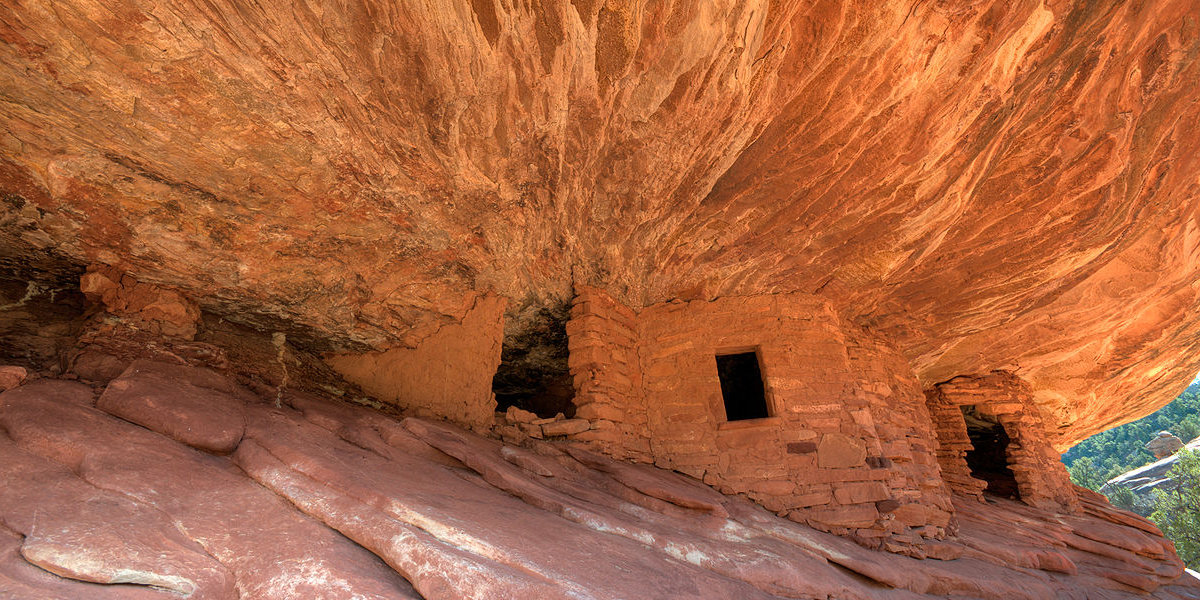 The House on Fire. Photo by PDTillman via Wikimedia Commons

Mule Canyon is a remote canyon which has several Native American ruins, most notably the “House on Fire.” (The sandstone really does make it look like it’s on fire.) The trail through the canyon is fairly easy, but the location is pretty secluded. Also, if you have time, check out nearby Cave Tower. Mule Canyon is a great way to get a sense of how the ancient inhabitants of the area lived. 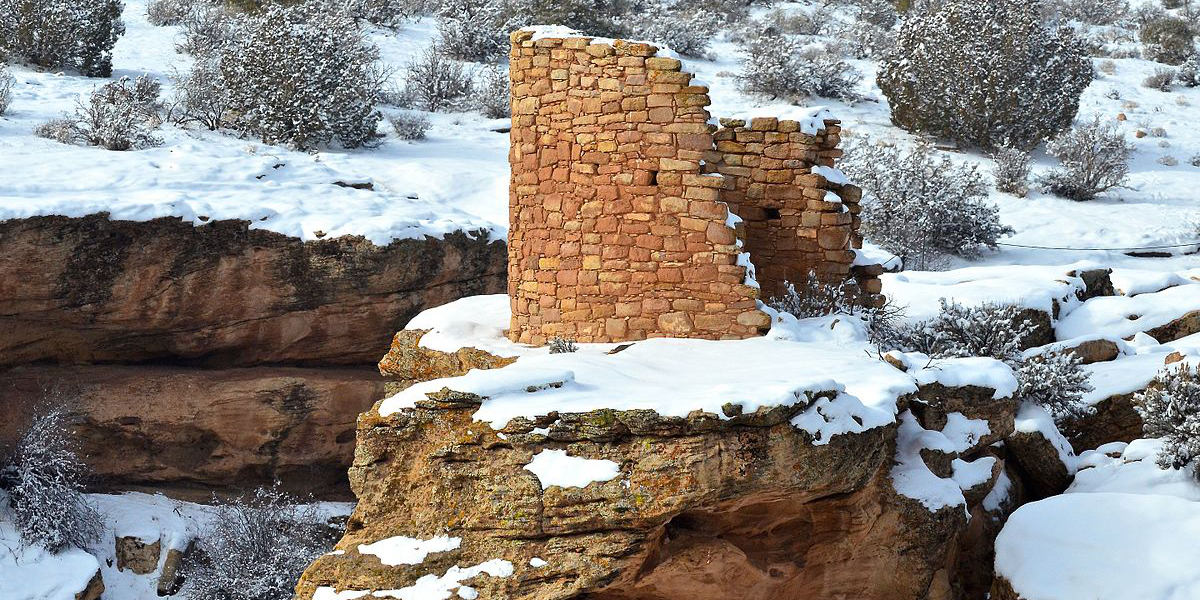 Maybe the best collection of Native American dwellings in the Bears Ears area is at the Hovenweep National Monument. There you’ll find six different Puebloan villages in the area, all with their own history and mystery. The name “Hovenweep” comes from the Ute word meaning “deserted valley” – from all the abandoned ruins that dot the valley.

Stop by the Visitor Center first to get your bearings, and to look at the artifacts on display. Then go explore the various ruins. Our favorite is the Square Tower group of dwellings, but you should explore all of the six village groups. 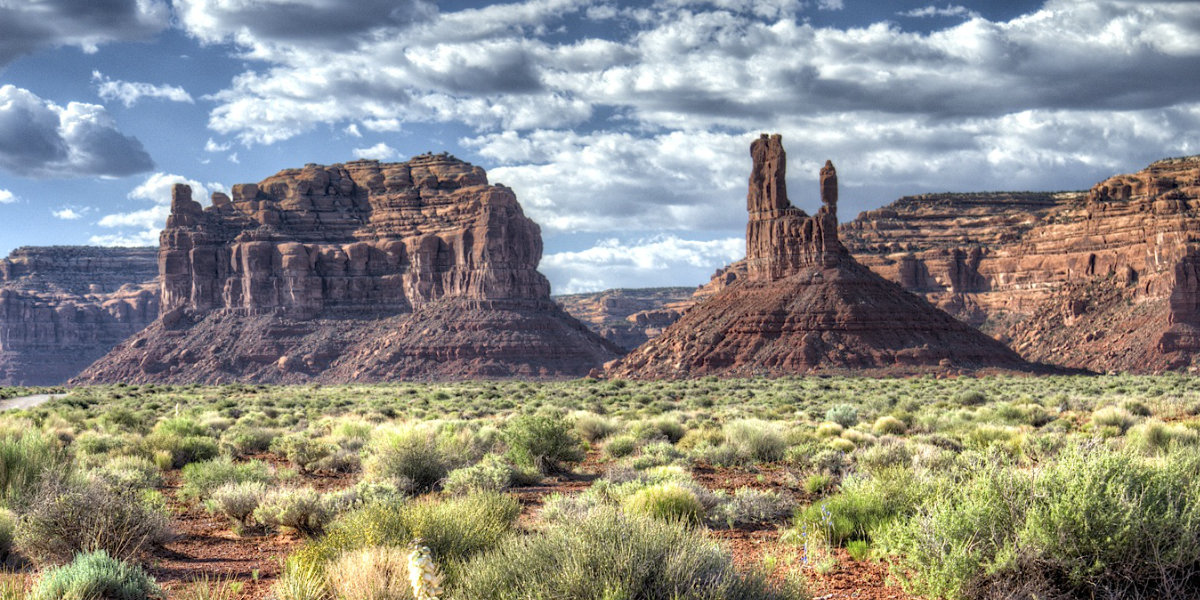 The Valley of the Gods. Photo by John Fowler via Wikimedia Commons

Valley of the Gods

Finally, you should make the drive through the Valley of the Gods. It’s a spectacular valley that straddles the lines between Bears Ears and Monument Valley National Monuments. And – as you can imagine given its location – the sandstone formations are stunning. The road through the Valley of the Gods connects Cedar Mesa to the town of Mexican Hat. There is a particularly breath-catching switchback down a 1200-foot cliff. We’re pretty sure you’ll never forget it.