One of Our Favorite Features

Southern Utah has a lot of amazing scenery, you probably already know this. But for us, one of the coolest aspects of Southern Utah is the arches. Arches and natural bridges are scattered all over the state – some in highly concentrated areas, like in Arches National Park – and we’ve put together a little list of some of the best showstoppers that Utah has to offer. If you like arches and bridges like we do, then stop by some of these places on your next tour of Southern Utah. And if you’re curious as to how natural bridges and arches are formed, then check out this post where we explore the geological forces that make such wonders.

This is a great, big arch in Canyonlands National Park. It’s one of our favorites. Just hike the half-mile trail to the overlook and you’ll be treated to views of the arch and the sweeping landscape of the Southern Utah desert hundreds of feet below you.

There are three natural bridges in this national monument: Kachina, Owachomo, and Sipapu. Sipapu is the longest of the three, but we find Owachomo to be the most dramatic. Of course, you’ll get to see all three, since they are all within easy distance from each other. Drive, or walk, around the monument and stop at each overlook. 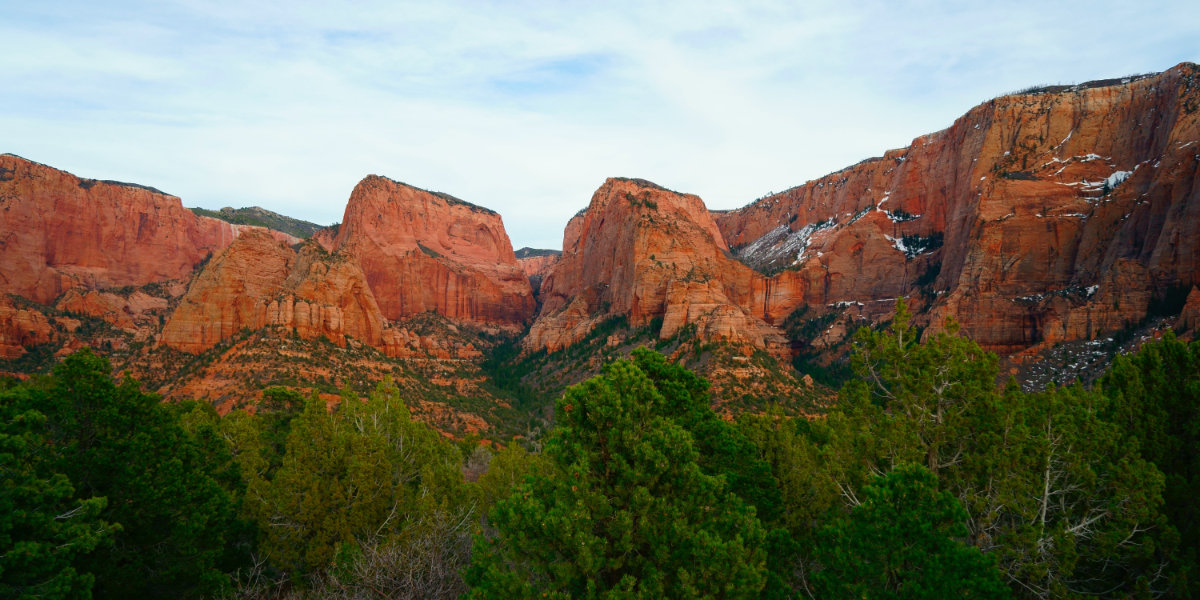 Photo by Andy Wang via unsplash.com

Kolob Arch is considered to be the sixth largest arch in the world. It is located in Kolob Canyon, part of Zion National Park. The arch can be seen from the scenic drive, but if you prefer to hike to the underside of the arch, a seven-mile trail will give you much better views. 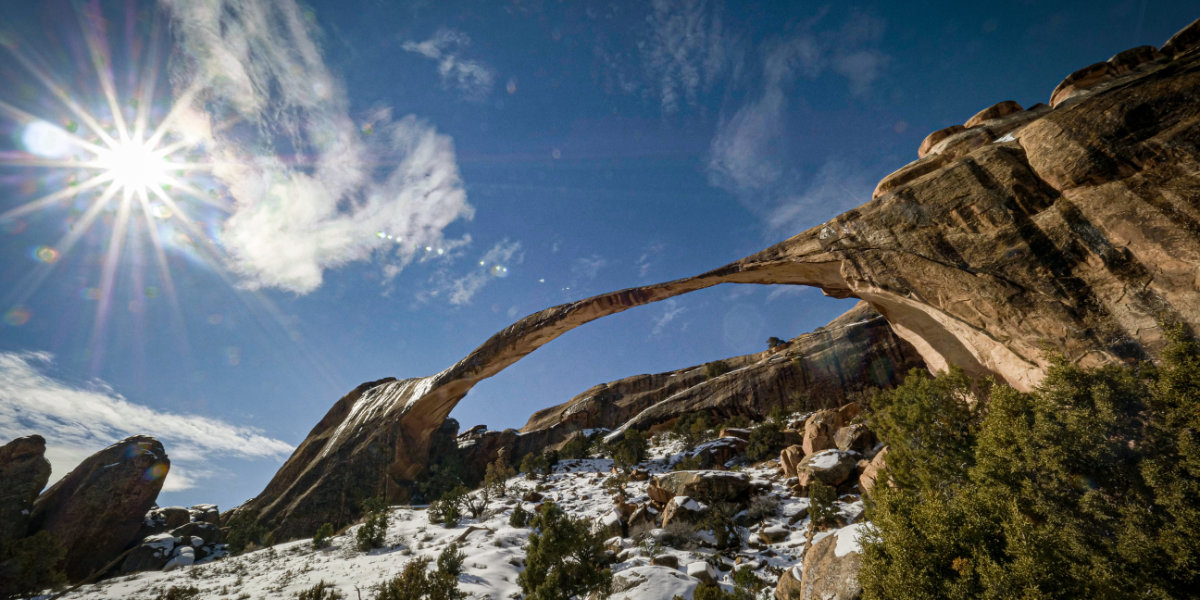 According to current measuring techniques, Landscape Arch is the longest arch in the United States, and the fifth longest in the world. It is located in Arches National Park. If you like arches like we like arches, you will want to check this one out sooner rather than later – as Landscape Arch has almost eroded to the point of breaking. Due to falling rocks, the trail beneath the arch has been closed since 1995, but you can still get a really good view from the overlook.

This is probably the most striking bridge on this list. Rainbow Bridge is considered sacred to many Native American tribes, and it is easy to see why. Standing tall above the desert, it is considered to be the tallest bridge in the country. Located near Lake Powell, the bridge is best accessed by taking a boat to the national park wharf and hiking the last mile. 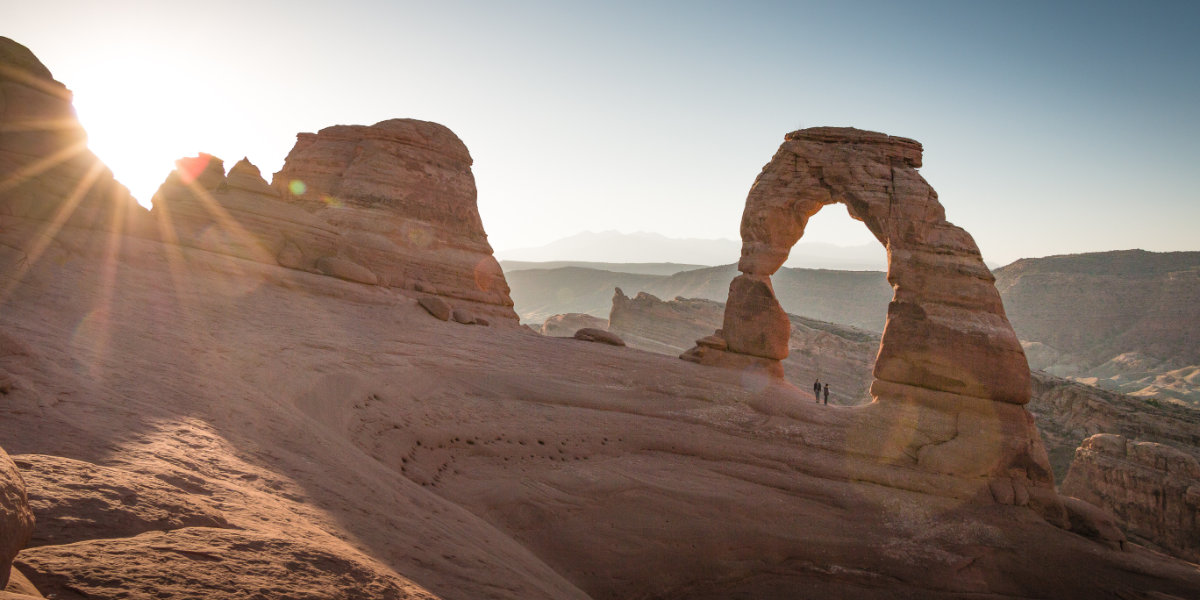 Delicate Arch at Dusk. Photo by Cayetano Gil via unsplash.com

Everyone loves Delicate Arch! It’s one of the most photographed locations in the world! It’s located in Arches National Park (like so many arches are) and is the main attraction of the park. Hike the three mile, somewhat strenuous trail to get up close to Delicate Arch, and you too can take your own photographs of the place! And check out this arial view of the trail to get to the arch! 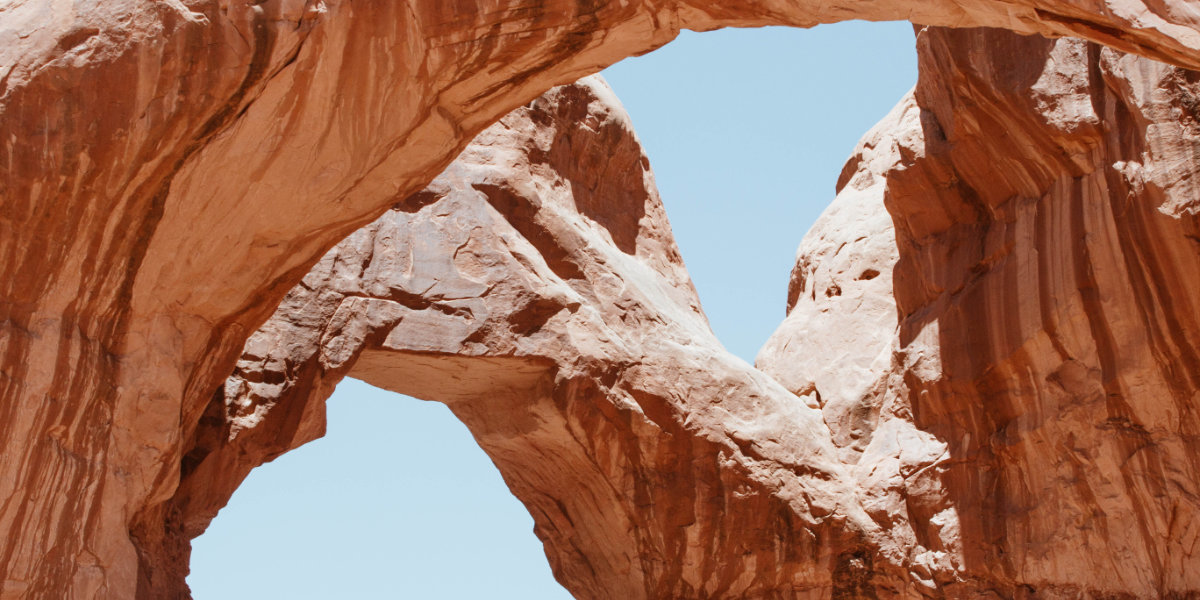 The last entry on our list is also in Arches National Park. If Double Arch seems a little familiar to you, that’s because it was featured in the third Indiana Jones film. Double Arch consists of two connected arches that share the same foundation for both outer legs. It is easily accessed via a half-mile hike.