We’ve done Arches, we’ve done Bryce, now it’s time to do Canyonlands! As you know, we’re starting this year off with a series of posts that deep-dive into each of the national parks. Obviously, we’ve written about the parks before, a lot. But we at the Lodge at Red River Ranch thought we’d write about them again, just in case we missed anything the first dozen times. So here we go – ladies and gentlemen, Canyonlands National Park: In-depth! 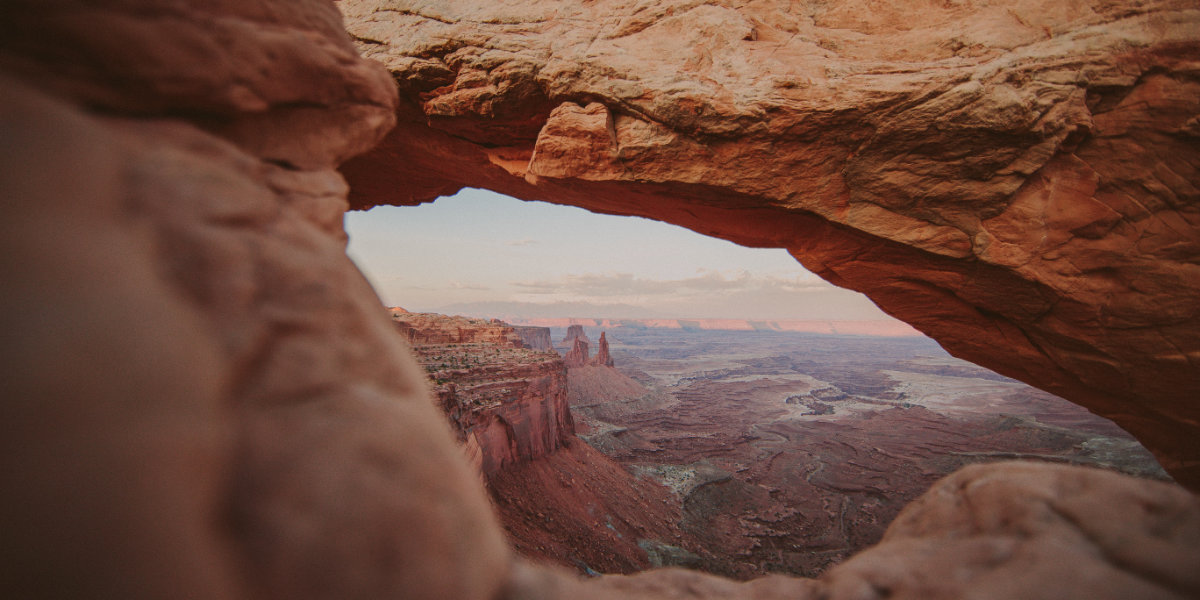 Welcome to Canyonlands. Photo by Dann Petty via unsplash.com

As with any other national park, you gotta check out the visitor center before you really get going. And Canyonlands has not one, but two, visitor centers. There’s the main center, the Island in the Sky Visitor Center, and the Needles Visitor Center. (The centers have strange hours in wintertime, just so you’re aware. You can see if they’re open here on their site.) The visitor centers are always fun places to hang out, there have cool exhibits and films, but you’re mostly here for information. So grab a trail guide, buy a map, and talk to the rangers about your plans. They always have good suggestions and recommendations. Also, some pretty cool programs too. 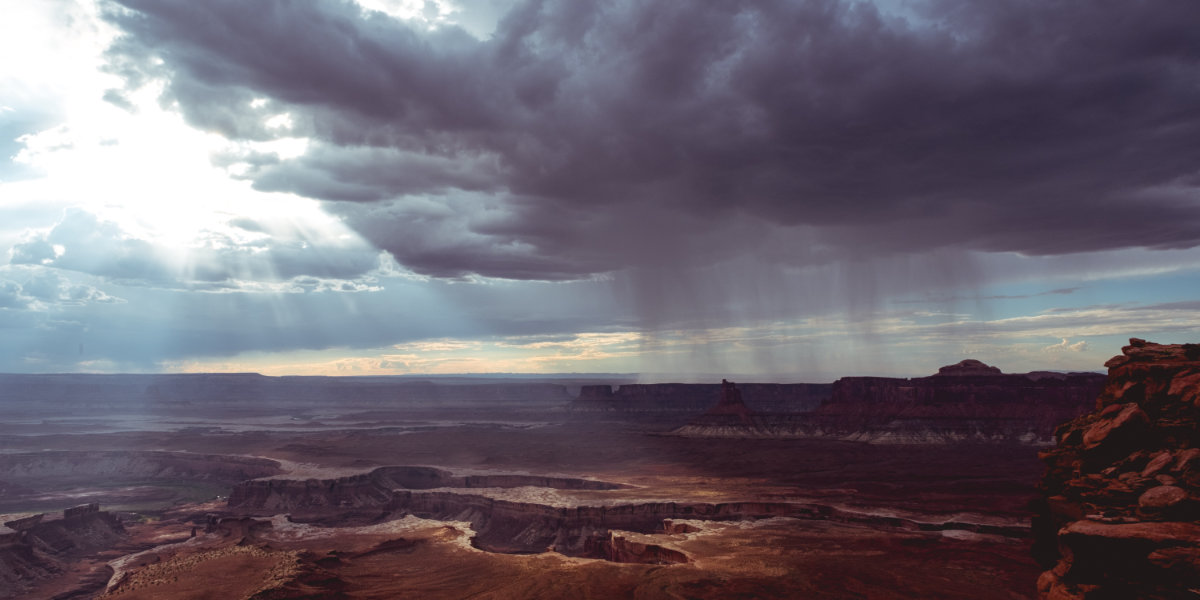 An immense space. Photo by Nick Dunlap via unsplash.com

Canyonlands is a big park. So big in fact, that they decided to section it into three unique districts: the Island in the Sky, the Needles, and the Maze. Most visitors spend their time in the Island in the Sky. Which makes sense, Canyonlands is not quite as developed as some of it’s more popular cousins (since it’s actually the least visited of all the national parks in Utah) and Island in the Sky is where most of the infrastructure is located. And we agree. You should probably spend most of your time there. But there is also some great stuff in the Needles District. And if you can, you really need to drive the White Rim Road! But for now, let’s do some hiking…

Island in the Sky – 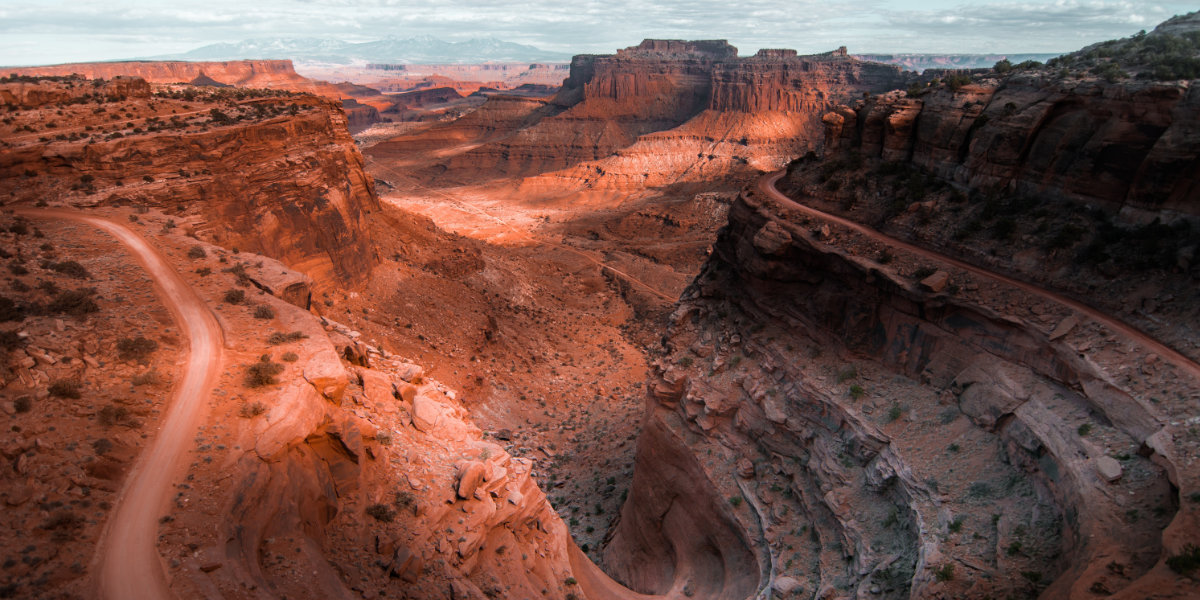 The switchbacks of the White Rim Road. Photo by Nate F via unsplash.com

We’ve talked about the White Rim Road before, in great detail. So we’ll just say that it’s probably the single greatest road you can drive in Canyonlands, and maybe even in all of Southern Utah. It’s 100-miles of primitive, gravel road that unlocks the best scenery in the national park. It’s got lots of excitement, loads of good hiking spots, and plenty of memories-to-be-made.

As of this writing, Canyonlands costs $30 to enter in a single vehicle. It’s got two campgrounds, one in Needles, on in Island in the Sky. And you can, of course, check out the official site for lots more good and useful info!