When someone says, “arches,” in connection with Utah, you probably think Arches National Park. But actually there are arches (and natural bridges) all across Southern Utah. In fact, Southern Utah has one of the largest concentrations of natural bridges and arches anywhere in the world. And we love arches! (And also Arches, the national park.) So we came up with this new list of the best arches to see in Southern Utah! Some of which are actually in Arches. Does that make sense?

Photo by Ken Cheung via unsplash.com

The pride and joy of Utah, the symbol that the state uses to promote itself, the crown jewel of Arches National Park, and the most visited arch anywhere on the planet is Delicate Arch. You’ve seen photos of it before. (It’s… it’s right there above this paragraph.) But, like almost every landmark, it’s completely different seeing it in person. The hike to Delicate Arch is a moderately easy roundtrip of three miles. There is a great video of the trail that you can watch to familiarize yourself with the terrain. If you love arches, make this one a top priority. (You can also visit Delicate Arch in the virtual world.)

Photo by Lauren Pandolfi via unsplash.com

Also in Arches National Park, Double Arch is famous for another set of reasons. Geologically, it’s the textbook example of how acidic rain water forms a pool in a rocky depression, eventually “eating” its way through, leaving behind two pillars. And cinematically, it’s been featured in several films, most notably Indiana Jones and the Last Crusade. The hike to Double Arch is very easy (the official site refers to it as a stroll.) It’s just a half-mile roundtrip, flat, gravel path. 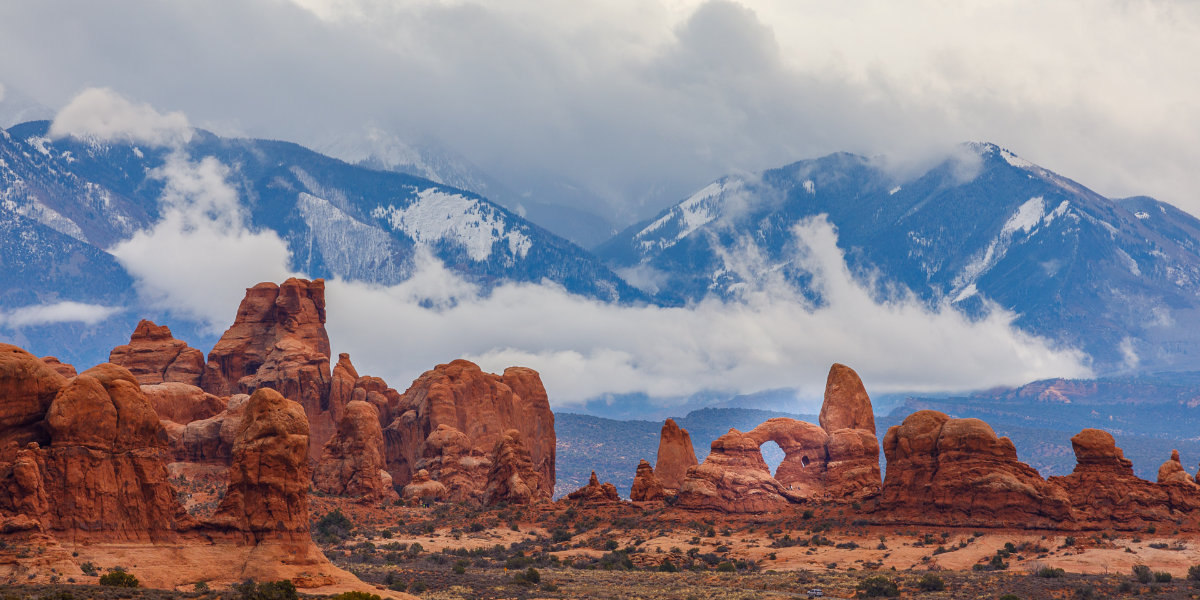 Photo by Andrey Grinkevich via unsplash.com

This section of Arches is located very near Double Arch. And it’s also pretty popular, since it’s billed as the most scenic locations in the park. In fact, it’s getting to be so popular that the park is running a pilot system to regulate the amount of people that visit the Windows. You will now need a reservation to get in. But once you are there, you’ll get to see a collection of amazing arches, that yes, do look like windows in stone. The hiking there is easy, perfect for families. 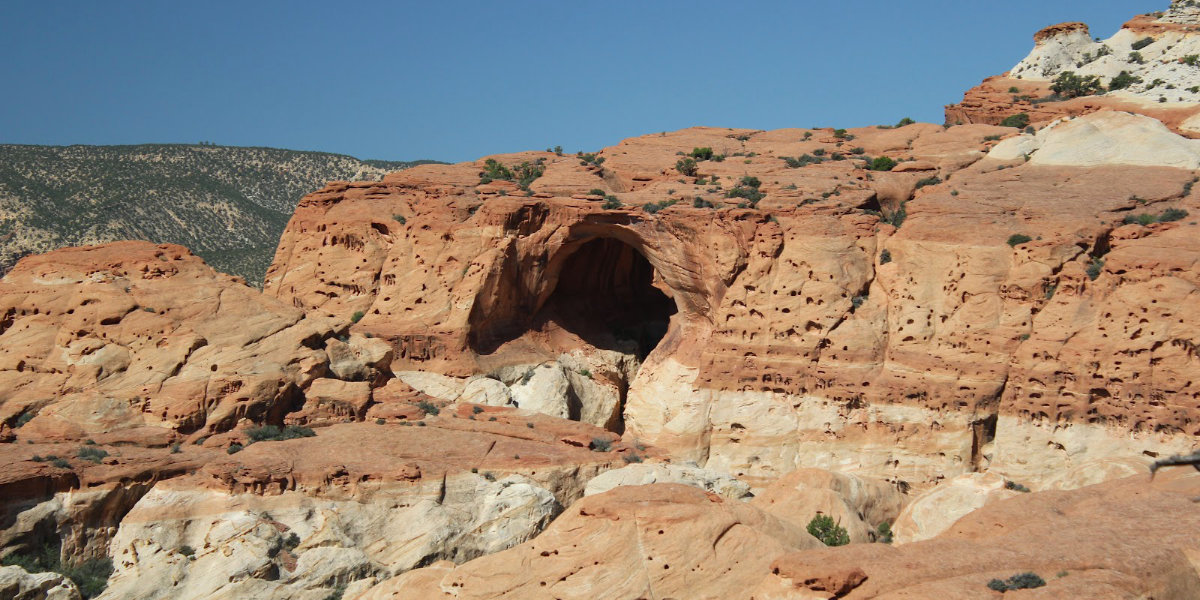 Ok, let’s leave Arches National Park now, because as we stated, there are lots of arches in lots of different places in Southern Utah. Let’s talk about one of our favorite arches anywhere, Cassidy Arch in Capitol Reef National Park. What makes this arch so much fun is that when you visit it, you are actually on level with the top of the arch. So you aren’t looking up at it. Instead you can walk across it, and look down to the bottom of gulch that Cassidy Arch spans. It’s a moderately strenuous three-mile hike to Cassidy Arch, but the views of both the arch and the whole of Capitol Reef are well worth it. 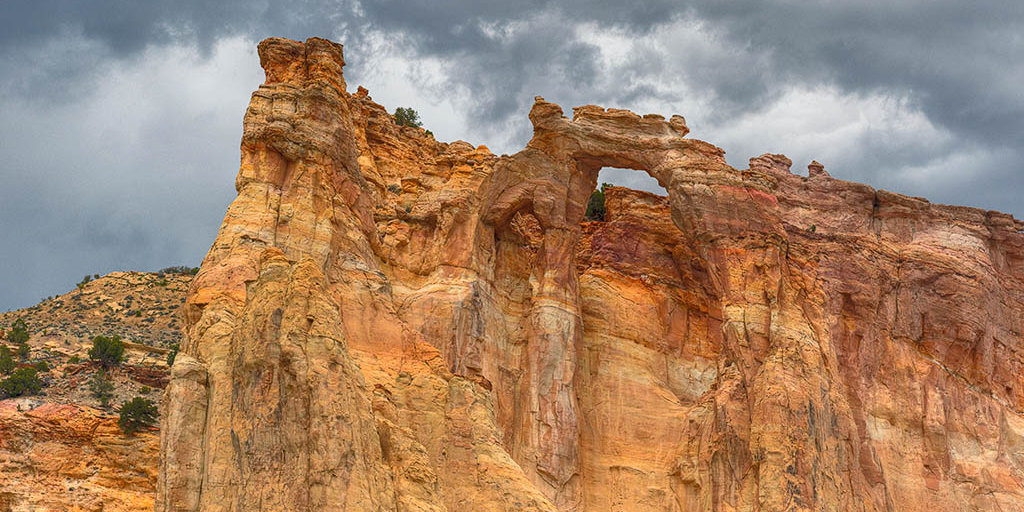 By Doug Dolde via Wikimedia Commons

This is one of the strangest, and coolest, looking arches that you will come across in Southern Utah. It’s a unique, sandstone double arch (but not in the same way that Double Arch is a double arch) that looms high up on a cliff side. It’s located right next to Kodachrome Basin State Park, so check that out when you’re there. The trail is a very easy paved route right off the main road. You can see it marked here on Google Maps.

There are so many more arches in Southern Utah. This is just our top list for this year. If you want to see last year’s list, check out this blog post. And go see some arches!