This month Guerrilla Games released its follow up to the critically-acclaimed game Horizon: Zero Dawn. The new game, Horizon: Forbidden West, promises to take the main character, Aloy, to new territory, on an even bigger adventure. But before we get lost in her new world, we at the Lodge thought we’d take a moment to reminisce on one of the aspects of the last game, Zero Dawn, that made it such an instant classic – its unrivaled location. 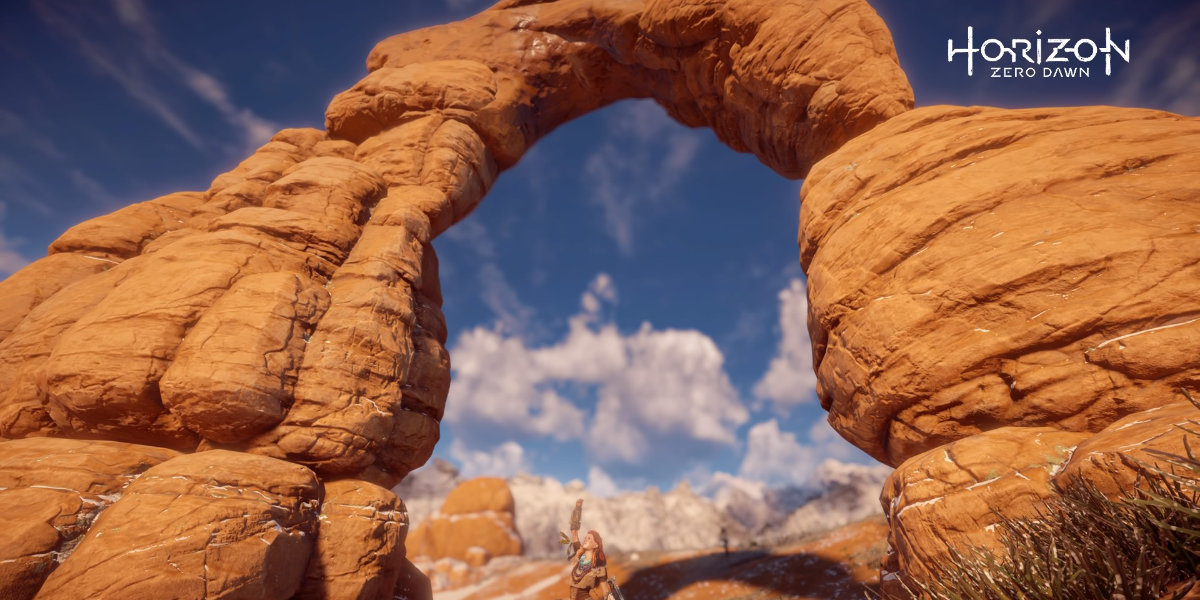 Horizon: Zero Dawn is set in our world during the 31st century – some thousand years after a plague of AI weaponry destroyed all life on earth. Prior to the complete annihilation of all biomass however, an international team was able to create another, benevolent artificial intelligence to resurrect and foster life after this inevitable extinction event. They completed their project – dubbed “Zero Dawn” – in about 2066, just before all life was wiped out.

Aloy then lives in a distant future version of our world. A world were machines created by this new, benevolent AI inhabit the same space as tribal peoples with semi-primitive weaponry. But – and this is the important part – even though the cultures and machines are strange and new, the geography of the world has changed very little in the thousand years after the mass extinction event. And it just so happens that the geography of Horizon: Zero Dawn is set right here in Southern Utah! 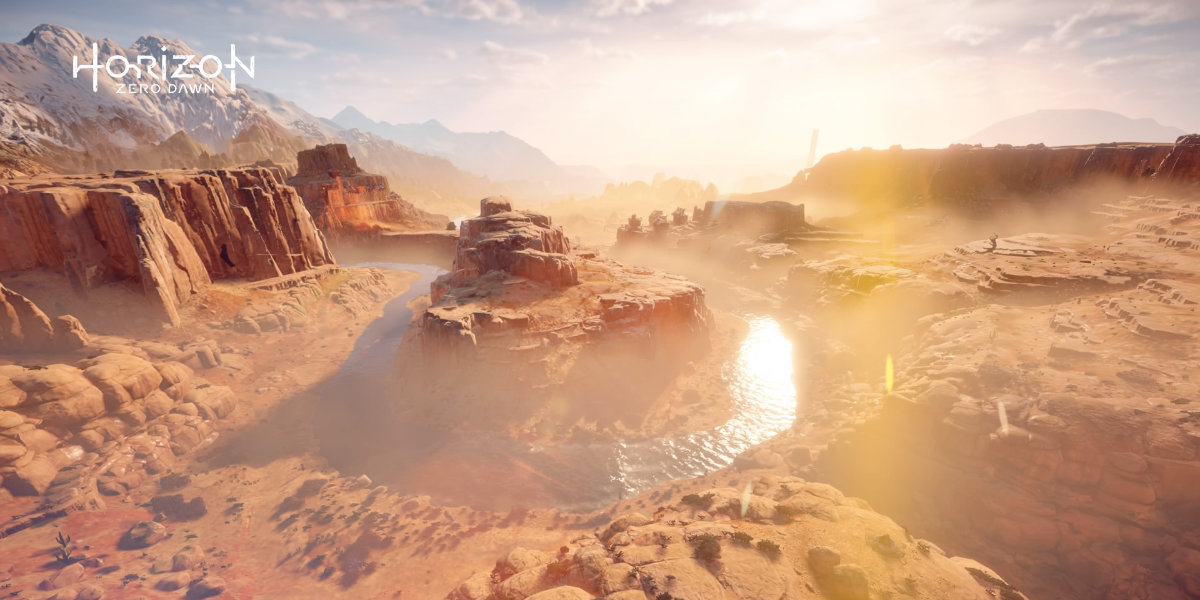 Let’s start with one a little less obvious – Dead Horse Point. It’s one of the first landmarks you pass as the game leads you out of Nora lands and into Carja territory on the way to Meridian. It’s located just off the main road, but can be easy to miss. (You can see it’s in-game location marked on the map at the end of this blog post. It’s the green one.) It’s also the landmark that has experienced the most erosion, which would be accurate given the amount of time that has passed in the story.

If you want to learn a little more about the real Dead Horse Point State Park, we’ve written about it here. Just like in the game, it’s quite the grand vista in real life. And if you’re curious, you can see it’s real location on Google Maps here. 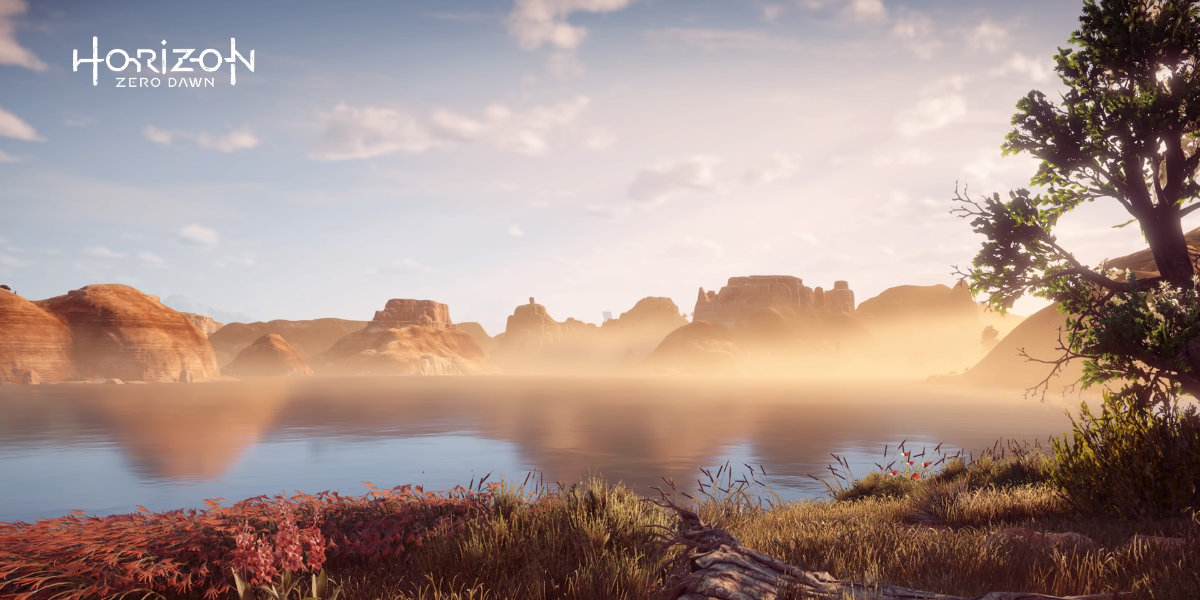 Located at the far western side of the map is Lake Powell. You’ll encounter this area of the world after you’ve been to the Shadow Carja nation. It’s also the body of water that Aloy crosses as she rescues the young Shadow Carja puppet king and his mother. Lake Powell is probably the largest single landmark in the game, and there is plenty to do along its shores. (There are a lot of Snapmaws there, so watch how loudly you splash around.) If you’re wondering what you can do at the real Lake Powell, check out our guide here.

We’ve marked Lake Powell in orange on our map below. And you can find the real Lake Powell location here on Google Maps. 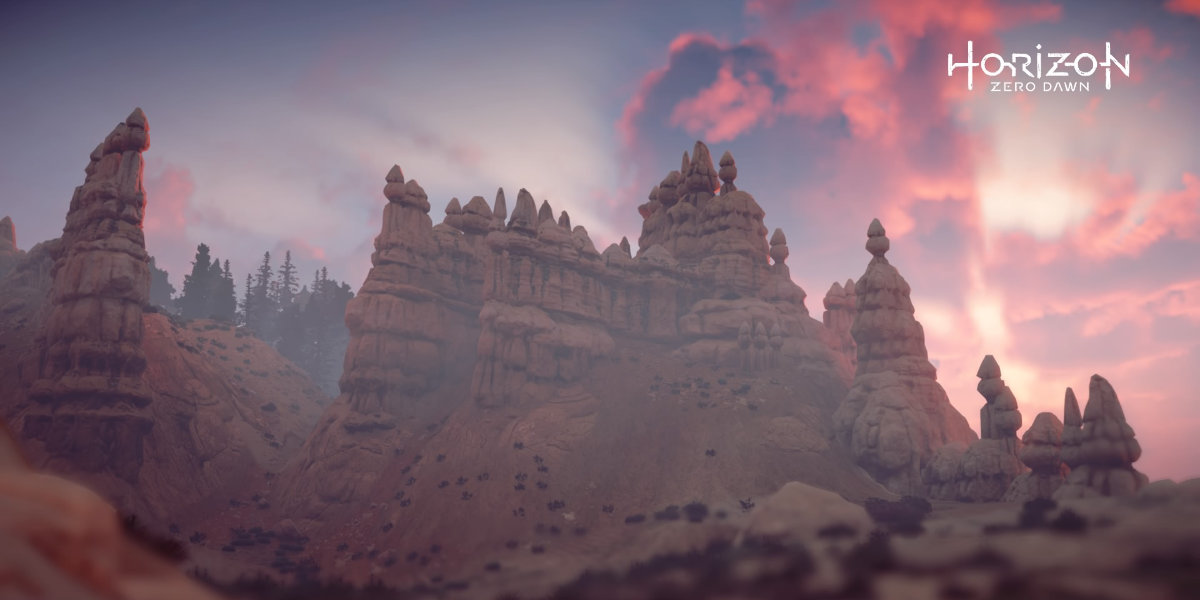 In the story, the main Zero Dawn creation facility is located just outside of Bryce Canyon. The Shadow Carja capital, Sunfall, is built right on top of this underground installation. There are quite a few hoodoos in and around Sunfall, but if you want to experience the real Bryce Canyon, head a little bit west. You might notice that we’re not referring to Bryce as a national park, that’s because we learn that the national parks had been dissolved by the time the world ends in 2066. While there are plenty of machines to hunt and beautiful scenery to explore in the in-game Bryce Canyon, there aren’t any missions there. But there is lots to do at the real Bryce Canyon! (Which is thankfully still a national park in our universe.) Check out our in-depth guide on what to do in Bryce here.

See Bryce Canyon on the game map below marked in blue. And find your way to the real Bryce Canyon National Park here on Google Maps. 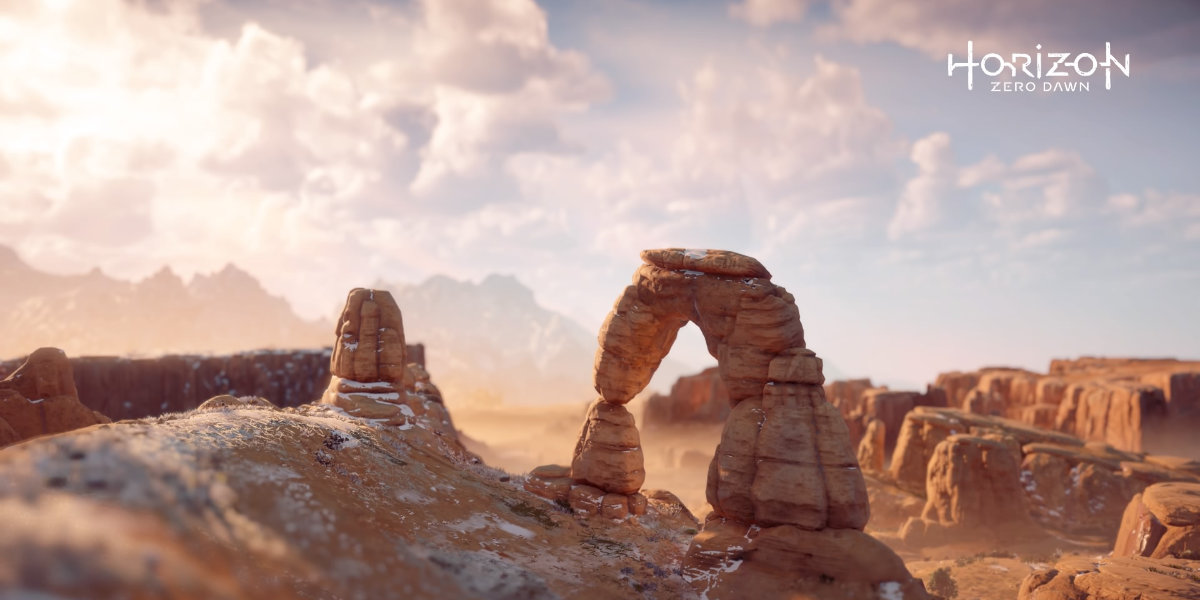 This is the quintessential Southern Utah landmark – and it’s a great addition to the game! It really makes us feel at home. Delicate Arch isn’t hard to find in the game, but there isn’t a story element that will lead you directly here. (There is a bandit camp and a Tallneck nearby though.) We’ve marked it in red on the map below. And of course we’ve written about Delicate Arch before, so if you’ve been inspired by this game to visit the iconic symbol of Southern Utah, check out this post about Arches National Park and our special trail description of the hike to Delicate Arch.

And if you want to reference it in real life, here’s the link to Google Maps.

Horizon: Zero Dawn is a narratively complex game, set in the perfect location. And there are lots of other little easter eggs thrown in. If you dig around, you’ll find references to more locations in Utah – like Bridal Veil Falls – and the American West in general. (The expansion, The Frozen Wilds, all takes place in and around Yellowstone National Park.)

We hope you have as much fun as we had exploring a virtual recreation of Southern Utah in this fantastic game. And we hope you get the chance to have just as much fun exploring the real Southern Utah. (And hey, as a bonus, you won’t have to fight any killer robots here IRL. We promise.) 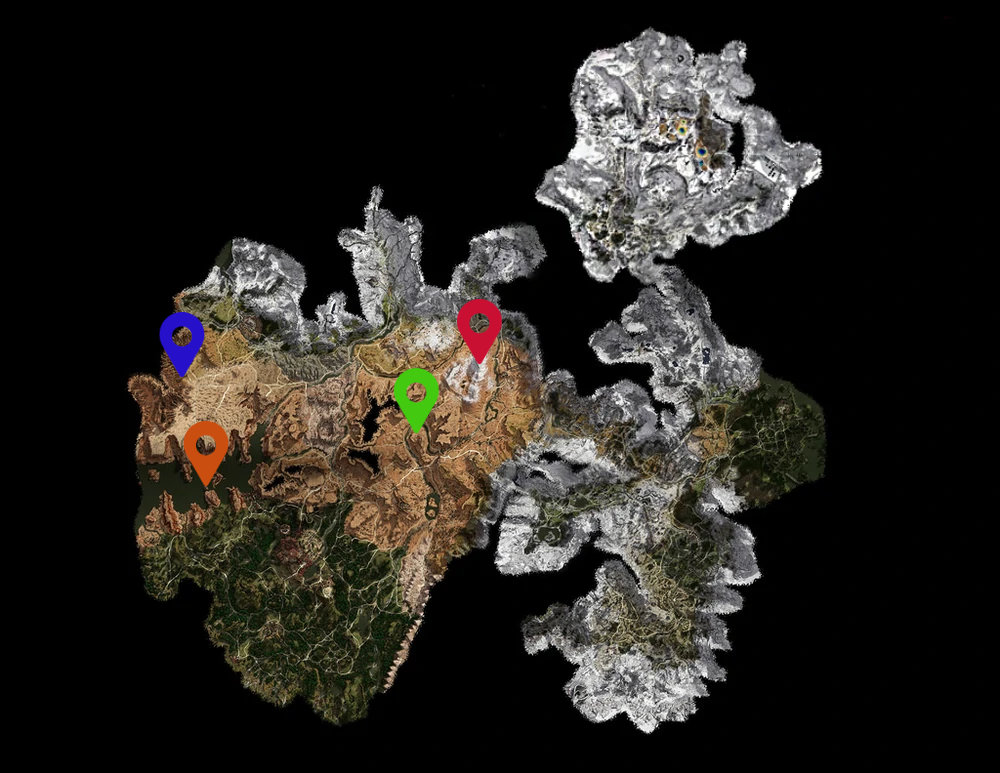